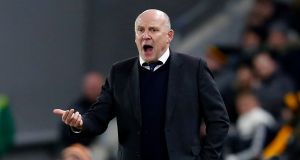 Hull’s predicament at the foot of the English Premier League offers an ideal opportunity for players at other clubs who are hungry for a fresh challenge, according to manager Mike Phelan.

Phelan, whose side can move off bottom spot with a first win in eight league games against Everton at the KCOM Stadium, is still waiting to talk with the club’s owners about their January transfer window strategy.

But the Hull boss remains confident of strengthening a squad depleted by injuries to key players this season.

“We’re looking at every option to bring players in,” Phelan said.

“One of the biggest challenges for any player coming into the club is the position we’re in at the moment.

“If they’re courageous enough and want that challenge to either put their name out there to the clubs they’re at or they want to show they are better than where they’re at, then this is the club to come for that challenge.

“We can give them that opportunity. If we can get the right players with the right credentials then that’s what we’ll try and do.”

Phelan has won just three of his 18 league games in charge since replacing Steve Bruce in the summer while his task has not been made easier by the loss of defender Moses Odubajo, goalkeeper Allan McGregor and summer signing Will Keane to long-term injuries.

Striker Abel Hernandez, who has missed the last seven games due to a groin problem, remains at least 10 days away from a return to action and Phelan’s priority in January will be to try and increase his firepower.

He revealed before the St Stephen’s Day defeat to Manchester City that he had yet to learn from the club’s hierarchy what funds would be made available for team strengthening.

When asked if there had been any progress, Phelan said: “Nothing has developed.

“It’s difficult because some of them aren’t playing at the level of the Premier League, but you have to do your work and then it’s a case of trying to get something done.

“That’s always a hard thing. It’s been difficult in the past to get players into the football club, but it’s not impossible.

“I don’t see anything as being impossible. We just need to try and narrow things down and get some serious work done.”

Hull have lost 10 of their last 13 league games and are four points adrift of safety as they approach the season’s halfway point.

Phelan, who has no new injury or suspension worries, named an unchanged starting line-up for the St Stephen’s Day defeat to Manchester City and must decide whether to freshen things up.

McGregor has returned to training following summer back surgery, but Abel Hernandez (groin) is still out and fellow striker Will Keane and defender Moses Odubajo (both knee) remain long-term absentees

Everton goalkeeper Maarten Stekelenburg was ruled out of the 2-0 win at Leicester on St Stephen’s Day by a dead leg and remains sidelined, with Joel Robles set to continue in his place. Republic of Ireland midfielder James McCarthy (hamstring) is also still unavailable, as is full-back Bryan Oviedo (unspecified), while Yannick Bolasie and Muhamed Besic are both out of action due to long-term knee injuries.