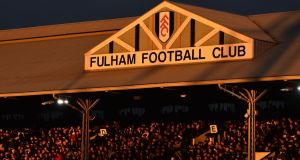 The English Football League has published the fixtures for the 2019-20 Sky Bet Championship restart, and confirmed the initial 11 television selections for the first three rounds.

The season is set to resume on June 20th, with the regular campaign due to be completed on July 22th.

London rivals Fulham and Brentford will go up against each other in the first televised game, at 12.30pm on June 20th.

Leeds take on Cardiff the following day, in a 12pm kick-off.

Five further games will be televised on Sky Sports on the subsequent weekend, June 26th-28th, including Bristol City v Sheffield Wednesday at midday on June 28th.

In all, Sky Sports will screen 30 of the remaining 108 Championship regular season matches.

The remaining 78 matches will be available via the iFollow streaming service or an equivalent to season ticket holders of the clubs involved in the individual game.

Match passes will be available for £10 per match for those who want to watch but do not have a season ticket for either of the clubs involved.

As it stands, it is understood the fixtures will be played on a straightforward home-and-away basis.

Sky Sports will also screen the 15 play-off matches across each division.