What lies ahead for . . . Lions coach, captain, squad balance, and strategy

If Gatland plays both Sexton and Owen Farrell, Lions look a little thin at outhalf 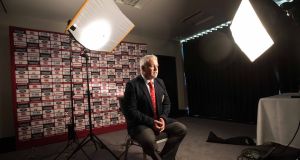 The single most important decision the British & Irish Lions had to make was settled back in September, when they chose Warren Gatland as their head coach. It is, Graham Henry once said, the “toughest job in world rugby”.

The Lions coach does not only have to tackle the preposterously difficult job of trying to knit together a functioning Test team in the space of a couple of months and steering them through the toughest tour in the sport but he has to answer to every last rugby fan, coach, player, and journalist in four countries, each with their own fierce opinions about who he should pick and how his team ought to play.

Gatland has been through it all before. He had a taste in 2009, when he was the forwards coach for Ian McGeechan’s team, and then in 2013 he had the top job himself for the Australia tour. Gatland said he was “absolutely shocked” by the “vitriolic criticism” he received after deciding to drop Brian O’Driscoll from the third Test of that series.

He was vindicated in the end, when the Lions won 41-16. In a job unlike any other, that kind of experience is the single most important asset Gatland has. And it should earn him the faith, and support, of all of us who like to think we know better.

But it doesn’t come easy, because Gatland’s teams are always distinctively his, and divisively so.

Gatland undoubtedly, perhaps understandably, has a preference for players he knows and trusts. Sam Warburton is Gatland’s man.

He picked him as Wales’ captain back in 2011, when he was 22 years old, and has stuck with him since. Warburton has led Wales in 49 games, and the Lions in another couple.

Never mind that Warburton agreed with Wales’ intermediary coach Rob Howley that he would stand down in January so that he’d have the freedom to concentrate on his own game. Gatland has often spoken about how he particularly values Warburton’s ability to communicate with referees, to understand and appease them when the game’s underway.

If the Lions’ management chose Gatland because of his previous experience with the team, Gatland chose Warburton for similar reasons. He was quick to point to Warburton’s leadership in 2013 as a key reason for picking him again this time around when the scrutiny, and pressure, will be that much greater still.

It’s true that Warburton will only be one of a group of leaders, along with Rory Best, Alun Wyn Jones, Johnny Sexton, and Owen Farrell, but he will be the public face of the team, and given that Gatland is particularly keen to “engage with the community” and “get the public on our side”, that matters.

The balance of the squad

Gatland’s preferences cause more problems when it comes to the overall balance of the squad. Wales finished fifth in the Six Nations this year, but there are 12 Welsh players in the squad. Of those, Ross Moriarty, Dan Biggar, Jonathan Davies, and, even though he was player of the series in 2013, Leigh Halfpenny, could all be considered marginal calls.

Which is particularly painful for Scotland, who beat Ireland 27-22 and Wales 29-13 at Murrayfield, but only have two players, Stuart Hogg and Tommy Seymour, on the tour. Scotland scored 20 points in the second half of their win against Wales without conceding one. Hamish Watson, Jonny Gray, and Finn Russell all outplayed their opposite numbers.

Gatland warned the Scots at the time that he wanted to see them win away from home. Lions Tests, he said, are “close, competitive” games, when “there’s a huge amount at stake”, so “the 50/50 calls” were going to come down to “how those players perform in the next couple of weeks”.

And in the very next round, Scotland were hammered by 40 points at Twickenham. They produced their worst performance of the tournament at the very time Gatland said they most needed to thrive.

That said, Scotland could be forgiven for pointing out that since the World Cup, Wales have only won one of the 11 games they’ve played away from home, against Italy in Rome.

Long after the arguments about the team selection have settled down, this debate about Gatland’s strategy will still be rumbling on.

Gatland’s teams have never beaten New Zealand. Wales have lost all 10 games they’ve played against them since he took charge back in 2007, nine of them by 12 points or more. If Gatland wants to play both Sexton and Owen Farrell in his Test team, the Lions look a little thin at outhalf.

But otherwise they look well equipped for the tour, with a large squad, packed with versatile players, fit to get them through what Henry describes as a “suicidal itinerary” that sees them play five franchise teams and the New Zealand Maori.

But it will all come down to what happens in those three Test matches. Turns out that everyone had it wrong when they thought Gatland was going to leave out Jonathan Joseph and pick Jamie Roberts. But the selectors have still picked a squad with plenty of power and heft.

It will be interesting to see whether the likes of Hogg, Joseph, and Elliot Daly make it near the Lions first XV, or whether Gatland shapes a Test team that plays in the Welsh style which has become so familiar over the last few years.

Back in 2013, when he heard what Henry said about the Lions job being the hardest around, Gatland agreed, with a caveat. “It probably is,” he said, “if you lose”. He’ll hope he doesn’t have to find out about that.