Leinster’s Dominic Ryan to captain side in opener against Russia 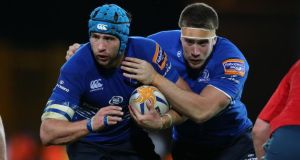 In what can genuinely be considered an Emerging Ireland squad, Dan McFarland has named 10 uncapped players in the starting XV to face Russia in Friday’s Nations Cup in Bucharest (kick-off 2pm Irish time).

Nobody is an established international with Craig Gilroy and Tommy O’Donnell yet to feature for a second season of Test match rugby while Ian Keatley, Paul Marshall and particularly Michael Bent were capped more out of necessity than merit.

The match will be streamed live on irb.com.