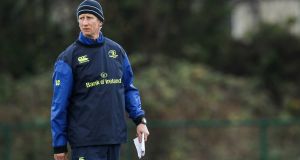 Leo Cullen: Leinster, as bulk suppliers, will have the most difficult job 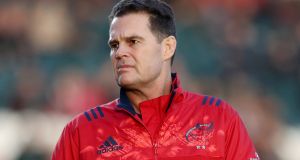 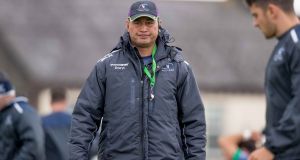 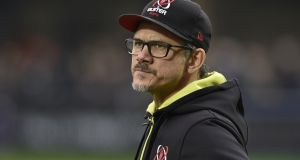 As usual, the four provincial management teams face a major challenge over the festive period as they juggle their Irish front-liners. An Irish squad of 44 players assembled in Carton House last Monday for a one-day camp, confined to meetings rather than any on-field work. The expectation is that at least half of those will be rested for a week, thereby playing in one of their team’s two Christmas derbies.

Ulster host Connacht on Friday evening in the Kingspan Stadium, while Munster host Leinster in Thomond Park on Monday, St Stephen’s Day, before New Year’s Eve derbies on Saturday week at the Sportsground, where Connacht are at home to Munster, and at the RDS, where Leinster are at home to Ulster.

Irish players who figured prominently in the November Test window and the recent back-to-back European Champions Cup matches are, in the vast majority of cases, expected to play in only one of those games; the decision as to which rests with their coaching and medical teams, in conjunction with their Irish counterparts.

Leinster, as bulk suppliers, will have the most difficult job. They had 16 players at last Monday’s camp, and it will be a surprise if about 12 of their players don’t miss either Monday’s trip to Thomond Park or the game at home to Ulster six days later.

Although Leinster then host Zebre in the Guinness Pro12, mindful of the upcoming final two pool rounds of the Champions Cup and the first of the Six Nations games away to Scotland a fortnight later, it’s quite conceivable that Cian Healy, Seán Cronin, Seán O’Brien, Luke McGrath and Robbie Henshaw will fall into this category as well.

Even so, Leinster are expected to mix up their resources to some degree, even if the majority of those mentioned are likely to be afforded Christmas with their families before being brought back to work next week for the game at home to Ulster. That New Year’s Eve fixture could also mark the return of Johnny Sexton.

Several of Munster’s Irish front-liners have accumulated a fair degree of game time in the last couple of months, notably Donnacha Ryan, CJ Stander, Conor Murray, Simon Zebo and, to an extent, Keith Earls. They, along with a few others, appear more likely to start against Leinster in Thomond Park than in Galway a week later.

This could also apply to their newly capped tight-head John Ryan, who has made such a big impact this season, given he has played more than 800 minutes’ rugby this season already.

Furthermore, Erasmus and the Munster think tank will be mindful of their team having to play three consecutive Champions Cup games in January, away and at home to Racing 92 either side of a huge game away to Glasgow.

Although Rory Best has played only three Pro12 games this season, one of which was off the bench, given his four games in the Champions Cup and his workload in captaining Ireland in three of their four Tests in November, he is expected to be rested for one of their games.

Likewise Paddy Jackson who had extended involvement over three consecutive weekends with Ireland in the games against Canada, New Zealand and Australia. This has been augmented by nine starts with his province, meaning he has accumulated almost 1,000 minutes of rugby this season.

Despite their injuries, Luke Marshall and Iain Henderson have accumulated a fair degree of game time as well, and thus will probably be rested from one of their two derbies. However, a player such as Tommy Bowe could probably do with the game time.

Connacht will probably be least affected. Although they had five players in attendance at Carton House last Monday, namely Finlay Bealham, Ultan Dillane, Kieran Marmion, Niyi Adeolokun and Tiernan O’Halloran, none of the quintet was a regular starter for Ireland during the November window.

Furthermore, the scope for resting Bealham is restricted by the ankle injury Conor Carey sustained against Wasps, which is liable to sideline him for a lengthy spell.