Rory Best adamant Ulster will have no Christmas gift for Connacht 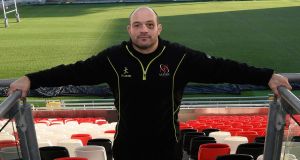 With just a five-day turnaround to deal with between their heavy, and costly, European defeat at Clermont before hosting tomorrow’s Pro12 interprovincial with Connacht, Ulster have had to rapidly re-group for this festive segment of games.

And with a fairly daunting looking trip to Leinster coming up on New Year’s Eve – followed by a tricky visit to the Scarlets on January 6th – the northern province badly need to get winning again when Pat Lam’s men visit the Kingspan Stadium on Friday.

Even though their injury toll has only increased – the immediate fallout from Clermont has resulted in prop Kyle McCall now being out for a lengthy period with a badly damaged hamstring, while they are short of locks due to Pete Browne’s concussion – the focus is now very much on reviving their worryingly scruffy form in the league.

Just one win in the last four Pro12 games has hurt Les Kiss’s men, who are now sitting in fifth – though with a game in hand after their home clash with Zebre was postponed – and Ireland skipper Rory Best has called on Ulster to get their house in order with a vital home win over the reigning champions.

“We’ve let one [home game] slip this season [against Munster] and we can’t afford to let another one go,” said Best, who hopes to be handing the captaincy back to Andrew Trimble for Friday.

“The longer you stay out of the top four, the more you’ve got to pick up wins away from home that people don’t expect you to win.

“Connacht are also down [the table] a little bit [in eighth with a game in hand] but to pick up one win they might not be expecting would be great and they’ll definitely be targeting this.”

And after beating Ulster at the Sportsground back in October – that was Kiss’s squad’s first defeat after five straight victories at the start of the campaign – the westerners will also be travelling buoyed by their, admittedly, controversial European triumph over Wasps last weekend.

“For us, home games are the priority and then scrapping for everything we can away from home,” Best explained.

With Best, Paddy Jackson and Iain Henderson unlikely to play in both interpros, due to national player-management issues, there is no escaping the urgency being felt north of the border over securing a good outcome over Connacht, who have not won in Belfast since 1960.

“Their target, similar to ours, is to get into that top four and once you get in there you can start to look further ahead and think about home semis,” stated Best.

“But at the moment we’re just not there and we want and expect to be there. From that regard, it’s going to be a very important battle and one that we have to get back to the performances we produced at Cardiff and Clermont at home,” he said.

“For us, it’s about mentally switching on. Everything you do [wrong] has a knock-on effect and the top teams will capitalise on it,” Best said, referring to how Clermont opened both back-to-back games with tries in the opening minute.

“The [defensive] system is sound,” Best insisted with Ulster having conceded nine tries in their meetings with Clermont. “It’s just a bit of mental lapse. We should be mentally stronger than that.

“With Joe [Barakat, Ulster assistant coach who oversaw defence] now gone and Les stepping more into that role, it’s about getting clarity now. But we’ve now one of the best defensive coaches working on it.”