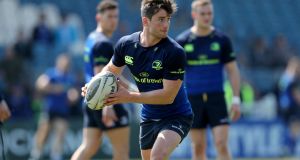 The Ireland men’s team will be trying to win the Repechage Tournament at the Hong Kong Sevens this weekend and by doing so qualify for the elite Sevens World Series circuit next season.

Ireland are one of 12 teams that will battle it out in the men’s world sevens series qualifier, with the winning side taking the prestigious prize of core team status for 2019. The same applies in the women’s qualifier competition; the Ireland women sevens squad already plays on the elite circuit.

The Ireland men’s squad, led by Billy Dardis, won a silver medal on the European circuit last season and have drawn confidence from performances this season at tournaments in Munich, Elche, San Jose, Dubai and South America as they look to follow in the footsteps of Russia (2015), Japan (2016) and Spain (2017) who all qualified for the World Series through the Hong Kong route.