Francois Cros, Felix Lambey and Romain Taofifenua among those to miss out 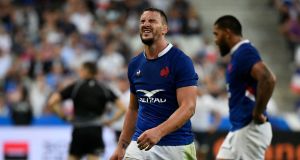 Number eight Louis Picamoles will get to finish his international career at the World Cup after he was included in France’s 31-man squad on Monday.

The 33-year-old, who is expected to quit international rugby after the tournament in Japan, will take part in his third World Cup after coach Jacques Brunel preferred him to Francois Cros.

The list was drawn from a preliminary squad of 37, with notably Felix Lambey and Romain Taofifenua being omitted.

France will take on England, Argentina, Tonga and the United States in Pool C.

“We picked [Picamoles] after several nice performances and because of his experience,” Brunel said.

“We also picked a player who can play third and secondrow in Arthur Iturria. ”

Les Bleus, who slipped down to eighth in the world rankings after years of under-performing, geared up for the tournament with two wins against Scotland and Italy, and a defeat away by the Scots.

They were far from impressive, yet Brunel believes they can cause an upset in Japan, with a potentially decisive clash against Argentina on September 21st their first outing.

“This squad is a good mix of youth and experience, it’s a good balance. The pool is tough but we hope to get very very far in this tournament,” said Brunel, who included five halfbacks in his squad with scrumhalves Baptiste Serin, Antoine Dupont and Maxime Machenaud and flyhalves Camille Lopez and Romain Ntamack.

“With five halfbacks we’re ready for every possibility,” Brunel explained.

The squad will gather at their training camp in Marcoussis on Wednesday before flying to Japan on Saturday.