Schmidt’s World Cup squad is four years in the making 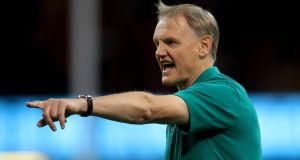 The 31-man Irish Rugby World Cup squad announced on Monday is the product of four years’ planning, albeit the coaches clearly kept an open mind until their final deliberations on Sunday given some of those who successfully made a late charge.

Joe Schmidt has had a full World Cup cycle to operate within, as opposed to coming aboard halfway through the last one, so there’s been quite a makeover as well.

Only 11 players survive from the 31-man squad chosen four years ago, of whom Rory Best will be contesting his fourth World Cup, while for Rob Kearney, Johnny Sexton, Conor Murray, Cian Healy and Sean Cronin it will be a third.

All things being equal, Schmidt might have wanted a little more experience in his squad, but 11 of the 2015 squad have retired, while injury has, alas, ruled out Seán O’Brien (and Dan Leavy), and thus left the backrow lacking a little ballast.

As with any squad announcement, and particularly so for a World Cup, the omissions grab the initial attention as much, if not more, than some of those named.

Jack McGrath, Devin Toner, Jordi Murphy, Kieran Marmion and Will Addison are the most eye-catching players from the 40-man squad which were in training last week to miss the cut; the others to have received the dreaded news from Schmidt are Rob Herring, Tommy O’Donnell, Ross Byrne and Dave Kearney.

For all Warren Gatland’s observations about Ireland’s age profile, it’s worth noting that this squad’s average age is 26.5, as compared to 28.2 four years ago (the Welsh squad unveiled yesterday is 26.1).

In compiling a younger squad, Schmidt has also managed to select 31 players who average 37.3 caps per man, a slight increase on four years ago when it was 35, and this is also comparable to the Welsh squad’s average of 34.4.

“It was a difficult thing right from the start,” admitted Schmidt, who didn’t look any better for the experience. “We went down to 40 players but we still had the odd guy coming in and out. From 40 down to 31 was really difficult.”

“We had a process where we looked through every training, looked through the games, and some guys obviously had more experience, more credit in the bank and were more established, and other guys were trying to force their way into the group. Trying to get a balance of current form versus previous performance is always a difficult conundrum to try to solve.”

One ventures that certainly up until the end of last season, when Toner had to undergo ankle surgery, Schmidt would have anticipated including the 6ft 10in lock.

“I’ve coached Dev for 10 years and he’s not just a lineout champion for us, he’s such a good player but he’s also an absolutely quality person. That was an incredibly tough conversation yesterday.”

“Jean Kleyn, we probably don’t have a specialist tight-head secondrow, as such, and again at the start I said about the balance that we’re looking for across that squad of 31, Jean Kleyn fitted that.

“Tadhg Beirne gives you the versatility of the second row – and he’s teamed up very well with Jean Kleyn in Munster this year – but he also gives you the threat over the ball like a six or seven and he can play in the back row, he obviously did for us on the weekend.”

There must have been other marginal calls between Rhys Ruddock and Luke McGrath over Jordi Murphy and Kieran Marmion, who have done very little wrong.

Omitting Kieran Marmion, whom Schmidt described as a “quintessential team member” was another “incredibly tough” call, but McGrath “has been incredibly good this season”.

For all his versatility, as well as quality, Addison’s recent return from injury came too late, according to Schmidt. “Unfortunately for Will it’s all just come a little too late. He picked up a little bit of a calf niggle after having come back and not having played the back end of last season, and he hadn’t had that much time with us. But he fits in so well and played so well.”

Instead, Garry Ringrose will cover the back three as well as centre, while – as Ian Madigan did four years ago – Joey Carbery will cover scrum-half.

“There’s not that much between this group and the guys who aren’t there, so at least we feel that if we lose someone then we’ve got someone who can step in and do a really good job.

“And those guys now have the responsibility and opportunity to go to a Rugby World Cup and I am sure they’re going to look to grasp it with both hands and try to kick on to another level now.”

Schmidt was also steadfast in his support of his captain, Rory Best.

“I think there’s always doubt in your mind when you first start a Rugby World Cup build-up because people have to get through that period of hard work and it’s testing for everyone, including Rory. I felt he worked really hard.”

“It wasn’t a great day against England and again, without taking all of the responsibility off the players, I knew we were heavy-legged, I knew we weren’t going to be at the top of our game. And if you try to get the balance of when do we most need to play well, it’s still in three weeks’ time. Nobody wins a Rugby World Cup in a pre-World Cup test match.

“We knew it was a part of a process but even then it was incredibly disappointing, but in that game I still felt that Rory, despite the lineout not functioning overly well, around the park he did a very good job.”

“In the last 20 minutes at the weekend I felt he led the scrum and he made a dozen tackles in 20 minutes. That’s not a guy who is miles away from being at his best.”