Springboks pull out of Rugby Championship due to player welfare concerns 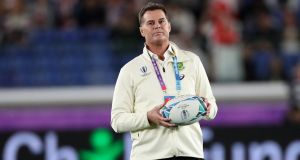 World champions South Africa will not take part in the Rugby Championship in a decision that leaves the tournament greatly diminished two weeks before kick-off and southern hemisphere rugby facing an uncertain future.

South African Rugby said on Friday it had pulled out over “player welfare” concerns with the defending champions having less time to prepare than New Zealand and hosts Australia, who completed domestic tournaments weeks ago and opened their test season last weekend.

The annual Test tournament, which also features Argentina, was already delayed by the Covid-19 pandemic and is being staged in one country for the first time.

“This is a hugely disappointing outcome for supporters and commercial partners but the on-going impacts of the pandemic ... mean we are unable to deliver a Springbok team without seriously compromising player welfare, apart from other logistical challenges,” SARU Chief Executive Jurie Roux said in a statement with governing body Sanzaar.

Springboks director of rugby Rassie Erasmus said: “We worked out that the players needed a minimum of 400 minutes of game-time before they could be ready for a test match.

“The overseas-based players had started playing before us and they would have been getting close to that.

“But many of those have had Covid outbreaks (at their clubs) which has interrupted the planning. The Japan-based players haven’t played any rugby at all.”

The Championship will now consist of six tests starting with the third Bledisloe Cup clash between the hosts and New Zealand in Sydney on October 31st.

It will be the first time since 1994 that South Africa will pass a year without playing both Australia and New Zealand.

The three nations launched the Tri-Nations in 1996 and welcomed Argentina into the fold in the rebranded Rugby Championship in 2012.

“Naturally, it is extremely disappointing that the Springboks, due to the continued complexities of operating in and around this Covid environment, cannot fully compete in the previously planned six-round Rugby Championship,” SANZAAR chief executive Andy Marinos said.

South Africa’s withdrawal will mean a big hit to the tournament’s revenue at a time when the participating nations are battling financial challenges brought by the pandemic.

The reduction in matches may also create tensions with broadcasters, who expected a full competition and could seek to renegotiate terms.

Rugby Australia, in particular, are under pressure as they look to land a new TV rights deal for 2021 and beyond but more broadly the decision raises concerns about the long-term future of southern hemisphere rugby.

South Africa have long considered the idea of throwing in with the northern hemisphere due to the lucrative European TV market, easier logistics and a more favourable time-zone.

Less than three weeks ago SARU voted to pull its four major franchises from Super Rugby and explore expanding their presence in the Pro14 competition.

South Africa’s Cheetahs and Southern Kings have played in the Pro14 since 2017.

Northern hemisphere nations are scheduled to play in the new eight-team Autumn Nations Cup in Europe in November, with the 2021 Six Nations to start in February.

South Africa, however, face going into the British & Irish Lions series on home soil next July without playing a Test since their victory in last year’s World Cup final in Japan.

Wallabies coach Dave Rennie said the Springboks’ absence was disappointing for the competition and for his players.

“If they’re not coming, obviously there are less games and less opportunity for some of our young guys to get a taste of Springbok footy,” said.

“It’s been a challenging year. Again we’re going to have make changes and adjust.”

Argentina, most of whose players have had no match preparation in the leadup, are already training in a bio-secure hub in Sydney.

The Pumas arrived after several players and staff, including coach Mario Ledesma, tested positive for Covid-19 during a preparatory camp at home.