Joe Schmidt on the All Blacks radar - Conrad Smith 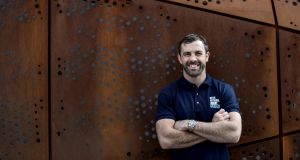 Conrad Smith was speaking at an event to mark International Rugby Players Move To Dublin.

Highly regarded as an intelligent player, who thought his way around the pitch, Smith said Schmidt is very much on the Kiwi radar. Current All Black coach Steve Hansen’s contract also ends after the next World Cup.

“Kiwis, we love to claim people from New Zealand, especially when they’re successful, so we’re well aware of him being a New Zealander,” said Smith.

“And it’s helped by the fact our previous coaches have worked overseas - Graham Henry, Steve Hansen. He (Schmidt) is well within the talks. He’s doing a great job with Ireland. He’s someone who could potentially come back and coach the All Blacks.”

Smith added that Schmidt can communicate his thinking to the players, which not all coaches can do.

“All coaches have their attributes, but you get my point, he’s a very good technical understanding of the game, and can transfer that to players, which is a very big challenge,” added Smith. “It’s all very well having the knowledge but he can get players to buy into what he sees and to understand his take on the game. That’s how you get good results.

Nicky English: Task for Waterford and Galway made harder by third week syndrome 08:30
Maradooo! A preternaturally gifted artist and a rebel outsider 07:00
Ireland’s clash against Georgia will be an important audition 06:27
George Ford and England wary of possible Welsh backlash 06:00
Ian O’Riordan: Debate on return of competitive running starts fast and stays hot 06:00
Crossword Get access to over 6,000 interactive crosswords