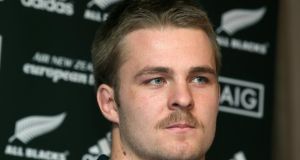 The All Black management have no concerns around team discipline or players holding curfews this week in Dublin.

Following Australia’s suspension of six players for one match and the sanctioning of another nine for “breaches of internal team protocols” just days before last Saturday’s Test against Ireland, New Zealand are confident players will respect the jersey.

When asked if the team management had reminded players about socialising in Dublin in the lead up to their final tour game, assistant coach Ian Foster said there was no need to do it. “Have we felt the need (to remind them)? No. Is it regularly reinforced? No, not really,” said Foster at their team hotel in Castleknock. “It is stated once at the start of the year and our expectations are pretty high.”

Various pubs
The Australian players were seen in various pubs on the Tuesday night before Saturday’s match on what was ostensibly a team dinner in a Dublin restaurant called Bear, which is partly owned by Irish number eight Jamie Heaslip.

“Our leaders particularly do a great job and work with the players,” added Foster. “They make sure they understand the expectations of being an All Black.”

Adam Ashley Cooper and Nick Cummins as well as forwards Tatafu Polota-Nau, Benn Robinson and Liam Gill were stood down for this weekend’s game at Murrayfield.

A sixth player, Paddy Ryan, will serve his suspension in Australia’s final game against Wales.

“At the moment we’ve got a pretty good balance between relaxing and having fun,” said loose forward Sam Cane.

“It’s important what you do with your down time and relax and we have ways in which we do that as a group.”