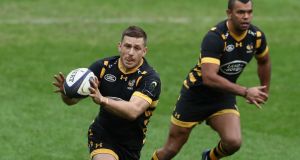 Muscle has a memory and way back in October I was in the Sportsground for the Toulouse Connacht match and wondered were Toulouse the heavyweights of Europe or simply heavy?

One of their pack that day was 95kg with the remainder an average of 120kg and Census Johnston a massive 130kg. I pleaded with Connacht to move the French fatties! They did and they won a marvellous bout.

Toulouse have slimmed but are still larger than life. Munster have it in them to move the fatties around and play at an intensity beyond Toulouse. That said, Toulouse possess significant players that can do damage. But if Munster’s back three are anything to go by, the home team can keep the ball in play for longer periods than the French are accustomed to. Fatigue creates faults.

The synergy between club and country as we transition from Ireland back to Europe is at its optimum but I’m troubled that a solution to keep Donnacha Ryan at home is beyond both Munster and Ireland. A hybrid third solution is required as Ireland categorise him ‘non-national’ – and Munster can’t afford him – where Ryan now needs a step-down national contract.

Is it good business to let him go? When Leinster lost Johnny Sexton, they firstly lost an incredible player and secondly had to replace him with Jimmy Gopperth at their own cost. What will it cost to replace Ryan? Let’s say his contract (which I have no idea!) is circa €300,000 per annum and that Paris are adding both money and longevity. Replacing him with a player of similar quality, most likely from abroad, will cost Munster, not Ireland, in the region of €500,000 per year. Crucially his loss is a further erosion of national contracted players at Munster, where Leinster are ahead, giving them a financial advantage over their rivals.

If Ryan has ‘had’ his day, what of the Wasps’ tighthead prop Marty Moore? He struggled against the Toulouse scrum, possibly because of converted hooker Ashley Johnson, but it would be great to see him on Saturday. If he does play, Leinster can test his fitness, his scrummaging and expose his defensive feet by carrying towards his inside shoulder before attacking his outside one where he struggles to defend laterally.

Saracens were the bullet to dodge this round, but it is Wasps that intrigue. Their backline is wonderful, with Danny Cipriani and Gopperth capable of pulling rabbits out of hats with exacting levels of control to squeeze when necessary. They have won games by big margins, which is admirable, but it’s the tight ones that catch my eye. They’re the ones that matter – witness the 20-20 draw they robbed from Toulouse in round two, even better the return win over the same opposition. This tells me that, although carrying much of the English senior team template, they have learned how to navigate choppy waters better for having rebuilt the old Lawrence Dallaglio culture.

At fullback they’ve Kurtley Beale, who started his Wasps’ journey at centre. He is a cracking defender but his team-mates were not tuned into his defensive style, yet in Beale Wasps have a third quality playmaker.

As defences disengage from the breakdown and spread across the park, attacking sides can often run out of numbers. With three playmakers, Wasps can attack in three pods (Cipriani, Gopperth and Beale), controlling the point of attack. Defending this will be key. Slow down the ball, obviously, but more important will be which Leinster player defends which channel.

Cipriani appears to have an endless array of options and width outside him and Wasps can rewind at ease, with Beale and others stepping up. But watch the receiver outside Cipriani, regardless of playing position: they all run lines with a different expectation. Add a fourth playmaker, Elliot Daly – he has a wonderful pass off both hands and can spin flat and fast to his outside backs to open any defence.

Backrower/hooker Ashley Johnson struggles (as hooker!) with accuracy out of touch and Leinster’s approach at the lineout will be interesting. There’s no Peter O’Mahony for Devin Toner to lift, but there are plenty of options. Johnson is hardly a monster at 112kg, but his physique allied to his playing style gives a chink in the Wasps’ backrow.

James Haskell is all blood and guts and activity but, as an openside, he lacks the creativity that will be needed to really add value to the ball. He does hit opposition, often a tad late, so watch out, referee, and punish accordingly.

In the Sportsground and other places Johnson exploded into life (watch out Leinster) but he immediately drifts out of matches to catch his breath. During these many windows Leinster need to expose him. Wasps, like Ireland, put their scrumhalf in the outer channels when defending, leaving a slight window to attack up the heart of the breakdown.

This is a massive weekend for trophies, Lions selection and for Joe Launchbury, a wonderful player who is back in Dublin. Keep an eye on his secondrow technique, but he’s a window into a Wasps turnover culture that’ll test Leinster’s scramble defence. He immediately knows to get the ball into wider channels where the aforementioned playmakers are superb at converting turnovers into tries. The history of this fixture is irrelevant as Leinster are a different animal but a key tactical question remains: do Leinster slow it all down and keep it tight, or do they unleash their own bag of tricks? Fascinating.