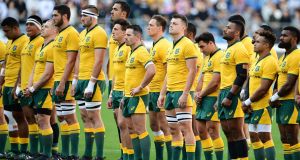 Rugby Australia’s brittle finances suffered a major blow on Wednesday when naming sponsor Qantas announced they would be ending their 30-year association with the game at the end of this year.

The Australian airline has been seeking significant cost savings across the board as it battles with the fallout from the coronavirus pandemic and said it had reviewed all of its sports sponsorships.

Qantas, who local media reports suggest have been spending up to A$20 million (€12m) a year on sports sponsorships, said they would continue to support Cricket Australia and Football Federation Australia for another year on a non-cash basis only.

“While we’re dealing with this crisis and its aftermath, the cash cost of our sponsorships has to be zero,” Qantas chief customer officer Stephanie Tully said in a statement.

“Qantas has had a very long association with Rugby Australia and the Wallabies, and we’ve stuck with each other during difficult times. Unfortunately, this pandemic has been the undoing.”

Qantas had held the naming rights for the Wallabies since 2004, except during World Cup tournaments where regulations forbid such sponsorships.

An industry source familiar with the deal, who was not authorized to speak publicly about the matter, said it was valued at as much as A$5 million (€3m) a year, including in-kind contributions such as flights.

Rugby Australia, who were already struggling financially before the coronavirus pandemic heavily disrupted their revenue stream, said the decision was “disappointing” but “understandable” in the current environment.

“There aren’t many 30-year partnerships in Australian sport, and I want to thank Qantas for everything they have done for our great game,” said interim chief executive Rob Clarke.

Clarke, who has made securing a new TV deal for Australian rugby beyond the end of this year the main goal of his time in charge, said there were more promising days ahead for the game.

“We have a Rugby Championship on home soil for the first-time ever in November, a (British and Irish) Lions tour in 2025 and the opportunity to host a Rugby World Cup here in Australia in 2027,” he added.

The airline’s chief executive Alan Joyce confirmed last year that he had contacted Rugby Australia when fullback Israel Folau made social media posts that many judged to be homophobic.

Folau was sacked by Rugby Australia but the cash-strapped body was later forced to make a substantial payment to the player in a confidential settlement after he launched an A$14 million lawsuit against them.