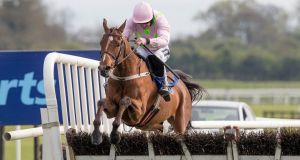 Thomas Hobson and Max Dynamite are reported to be thriving ahead of the Emirates Melbourne Cup at Flemington on November 7th.

The Willie Mullins-trained pair jetted to Australia earlier this month but while Max Dynamite, who finished second in the race in 2015, is guaranteed a run, Thomas Hobson is currently 33rd in the list for the 24-runner race.

Connections are continuing his preparations though, with Thomas Hobson finishing alongside Max Dynamite after a mile gallop at Weribee on Thursday.

Stable representative David Casey told www.racing.com: “It was obviously Thomas’ first bit of work since he’s been out. He’s had a busy campaign back home, but we’re very happy with him here and the work he did this morning.

“And I’ve been delighted with what Max has been doing since he came here, he’s been giving me the same vibe he did two years ago.

“They’ll do another couple of bits of work before the race and there’s a small chance we might take them to Flemington next Tuesday.”

Max Dynamite has had just four starts since his run two years ago, while Thomas Hobson has won the Ascot Stakes and placed in the Doncaster Cup this term.

Jockeys for Max Dynamite and Mullins’ third runner Wicklow Brave have yet to be confirmed, but Joao Moreira has been booked for Thomas Hobson despite the uncertainty about his participation.

Connections have considered the option of running Thomas Hobson in the Lexus Stakes three days before the Melbourne Cup, with a victory in that race securing a place in the line-up for the headline event, but Casey is uncertain if that would be the best plan.

He added: “I don’t know whether we’d go that way, we might just roll the dice and see and if it doesn’t happen we can run him in the Queen Elizabeth Stakes.

“Obviously we’d love to be in but at the same time if we ran in the Lexus, it’s only a couple of days to the Cup and you’re open to a penalty as well.”