Process will include examination of international betting trends from March race 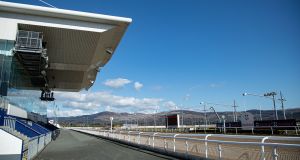 Irish racing’s regulator has said it expects the already long-running saga over the referral of a controversial race at Dundalk in March involving a pair of Denis Hogan-trained horses to continue for some time to come.

Prior to lockdown in March the stewards on duty at a meeting in Dundalk, after looking into the running and riding of the Hogan-trained Yuften in a claiming race won by his stable companion Tony The Gent, referred the matter to the chief executive of the Irish Horseracing Regulatory Board (IHRB) for further investigation.

The raceday stewards felt after considering the evidence, including betting trends on the race, that they could not conclude their enquiry.

The race took place on March 20th, four days before racing ground to a halt in Ireland as part of the national lockdown due to the coronavirus pandemic.

Yuften, who raced in the colours of James McAuley, was widely expected to start a short-priced favourite at Dundalk.

In the race too was another Hogan trained runner, Tony The Gent, also owned by McAuley, who was backed into 10-11 favourite. In contrast Yuften was a market drifter and started at 6-4.

In the race itself, Yuften under jockey Joe Doyle was slowly away, didn’t get a clear run at one point during the contest and finished a two and quarter length runner-up to his stable companion.

Afterwards Yuften was found to be lame by an IHRB veterinary officer.

The case immediately provoked a lot of comment but the public health emergency due to Covid-19 had an impact on the IHRB’s investigation.

“It is on-going but it is a process that will take time and restrictions during lockdown did stall it for a time. But it is on-going,” an IHRB spokesman said on Monday.

The investigation includes looking into betting trends, an element that involves the British Horseracing Authority who in February signed a deal to provide integrity services to support the IHRB.

That deal involves providing additional monitoring of betting trends on Irish racing. It is understood examination of the betting trends in this particular race will take some time to complete and include an international dimension.

Both Hogan and McAuley have enjoyed success since racing’s resumption earlier this month with the top-rated sprinter Sceptical.

Bought for just £2,800 out of Godolphin’s stable, Sceptical has become one of the most high-profile horses in the country.

He won a Listed race at Naas earlier this month before finishing third, as a 2-1 favourite, in the Group One Diamond Jubilee Stakes at Royal Ascot under Frankie Dettori.

Separately, Hogan has lodged an appeal against the stewards’ decision at the Curragh on Friday to fine him €3,000 under ‘non-trier’ rules.

Hogan’s appeal is on the back of the ride given to the 50-1 shot Narynkol in the Apprentice Derby by jockey Alan Glynn.

Narynkol finished fourth, after which the horse was suspended from racing for 50 days, Glynn banned for 12 days and Hogan fined under Rule 212 which relates to horses failing to obtain their best possible position. Glynn is also appealing his penalty.

Immediately after the race Glynn reported to the clerk of the scales that he had got his whip caught in the horse’s mane when trying to change his hands.

He stated that the whip getting caught caused him to lose his rhythm, he became unbalanced and added that it was too late when he tried to make a challenge.