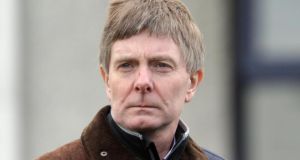 Interest in Barry Connell usually revolves around figures. He is a hugely-successful businessman after all and there will be no shortage of figures bandied about should Our Conor provide the Carrickmines native with success in today’s Stan James Champion Hurdle.

This is the horse for whom Connell paid a reputed €1 million last year and has yet to see a win for his money.

Connell hasn’t seen a cent either, having pledged to donate all prize money won by Our Conor this season to the Jockeys Emergency Fund after catastrophic injuries to JT McNamara and Jonjo Bright.

But Cheltenham 2014 is far from being about money alone, or even success, for Connell.


Reserved owner
Even if Our Conor wins, it will be placed firmly in the context of his owner’s decision last month to remove another of his star performers, The Tullow Tank, from the festival equation once charges against trainer Philip Fenton over possession of unlicensed medicines sent racing into turmoil.

Unwittingly drawn into the controversy, Connell’s reaction was variously praised and criticised. But one thing everyone agreed on was that he was nothing if not decisive.

It certainly provoked headlines, something that must have made the fluent if naturally reserved 52-year-old uncomfortable. There were inevitable comparisons made with Michael O’Leary’s stalwart backing of the beleaguered trainer. But criticism, and any suggestion he may be swimming against a popular tide, won’t bother Connell.

Once asked to describe his trading style in business, the stockbroker and fund manager, was typically succinct: “Contrarian. I gauge what the expectations are of the market and then I do the exact opposite.”

Even if it were that easy, not many would be able to ride the markets as expertly as the Dubliner. After 13 years with NCB, he was one of a group of executives who left in 1999 to set up Merrion Capital which was sold in 2005 for a figure in excess of €55 million.

Connell then set up Rockview Merrion Investments before taking perhaps the biggest leap of his non-business life.

He was nearly 40 when he started learning to ride and spent more than a decade as an amateur jockey, employing a style more Sandhurst forward-seat than Frankie Dettori, but still effective enough to ride 34 more winners than any hyper-critical grandstand jockeys.

A shoulder injury eventually stopped him riding races but he still regularly rides out at the numerous stables where he has horses in training.

Connell has poured his enthusiasm into building up a string of horses capable of competing at the highest level, paying substantial money – including €375,000 for tomorrow’s Champion Bumper contender Golantilla – for the best prospects out of bumpers and the point-to-point field.


Marathon slog
Foxrock is another example and the Ted Walsh-trained stayer, a dual-Grade

That though was a handicap. Foxrock is taking part in a marathon slog. Our Conor is very different, a genuine championship contender in a vintage Champion Hurdle year. There’s a lot invested in the chunky five-year-old with the big blaze, and it’s not just money, although the money is hardly insignificant.

“It obviously had to be a very attractive offer. They came back and accepted it, which I was surprised at. But they did.”

The new owner disputes the €1,000,000 figure bandied about at the time. But it’s such a perfect round number to reflect the ambitions invested in such an outstanding young prospect that most everyone runs with it anyway.

“The two big races at Cheltenham are the Gold Cup and the Champion Hurdle. They are fiercely competitive and even to have a fancied runner in one of these races is an achievement in itself,” said Connell. “We’re looking forward to having a horse that will be competitive there.”

Win lose or draw, however, Connell’s response is likely to be as measured as befits someone able to size up a balance sheet at a glance. The big picture includes the reality that Our Conor is still at an age where his best days are surely still ahead of him.

And if there’s one thing his owner has proved, it is his capacity to grasp the bigger picture.