WTA to offer ranking protection for mothers returning to tour

Seedings will remain at the discretion of tournament organisers 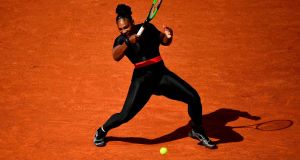 The Women’s Tennis Association (WTA) has given additional protection to the rankings of mothers returning to the tour after giving birth.

Players who have returned from maternity leave – or have been absent through injury – will now be allowed to use their previous ranking to enter 12 tournaments over a three-year period following their comeback.

Discussions about mothers returning to the circuit were prompted after Serena Williams’s comeback after giving birth to her daughter. Her world ranking had fallen to 453 during her absence and, despite the fact she had won 23 Majors which included the Australian Open in which she triumphed while seven weeks pregnant, she was not seeded for last year’s French Open. She was, however, seeded No 25 for last year’s Wimbledon despite being ranked outside the world’s top 32 players.

Williams had wanted players to be seeded in line with their protected rankings, and she was supported by her old rival Maria Sharapova and world No1 Simona Halep.

The WTA also clarified its regulations around clothing this week. At this year’s French Open Williams’s ‘catsuit’ outfit attracted the ire of the French Tennis Federation president, Bernard Giudicelli. He said “It will no longer be accepted. One must respect the game and the place”.

The WTA has ruled that going forward “leggings and mid-thigh length compression shorts may be won with or without a skirt, shorts, or dress”.

However, dress code is still down to individual tournaments, and Giudicelli may well still push to restrict Williams’s fashion choices in Paris next year. – Guardian