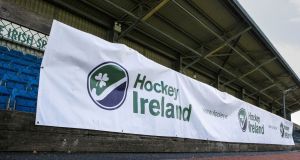 The penultimate weekend of the Hockey League before the winter break sees each of the top three sides with home ties; leaders Loreto hosting fourth-placed Belfast Harlequins, Pegasus taking on Old Alexandra (fifth) at Queen’s and UCD meeting Railway Union (seventh) at Belfield.

Such has been Loreto’s form thus far they’ll fancy their chances of making it six wins out of seven when they take on Harlequins, but the Belfast club are having a solid season, with their previous two trips to Dublin – when they played Railway and UCD – ending in draws.

Pegasus, who trail Loreto only on goal difference, will also expect to pick up another three points against an Alexandra side that’s having a see-saw time of it in the league, losing all three of their home games to date but taking maximum points from their away ties, albeit against the bottom three.

Since their opening day defeat by Pegasus, defending Hockey League champions UCD are unbeaten and should be confident of extending that record against a Railway side that finally ended a run of three defeats last weekend with a 2-0 win away to Muckross.

Having finished runners-up last season, this campaign has been a struggle for Cork Harlequins after the departure of key players like Roisín Upton and Emma Buckley and the absence through injury of Naomi Carroll. They have lost all four of their home games so far, but should be able to end that streak against Muckross at Farmers Cross.

Having yet to pick up a win and having lost their last five games, Ards, bottom of the table with Muckross on one point, have their own unenviable streak, Pembroke Wanderers their visitors on Saturday. Until their defeat by UCD last weekend Pembroke had been in good form, winning three games on the bounce, so they should be hopeful enough of adding to Ards’ woes.