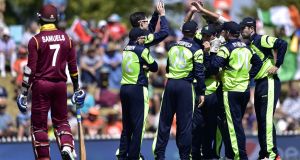 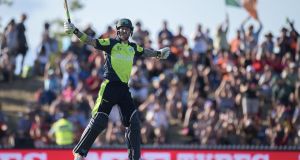 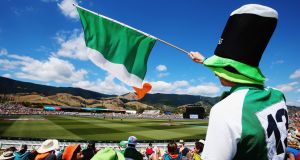 As well as the hopes of the nation, Ireland entered their third 50-over Cricket World Cup in Australia and New Zealand as the poster boys for the second-tier nations in their ongoing battle against the restriction of the biggest competition in the sport.

The players were on message, taking any possible opportunity to get across their message that the reduction in countries to 10 in 2019 was a retrograde step by the International Cricket Council.

They knew the message would soon fade out of the sporting news cycle without the oxygen of success and they delivered that in stunning fashion as they chased down a target of 305 to beat the West Indies on a glorious late summer day at the Saxton Oval.

Ireland coach Phil Simmons was already being linked with West Indies job to add to the drama of the occasion and the Trinidadian was certainly aware of the West Indies vulnerability in the early stages of big competitions.

The Windies were living up to that reputation and were 87 for five in the 24th over only to go on and post 304 for seven, thanks in the main to a century from Simmons’s second cousin Lendl and 89 from Darren Sammy.

On a belter of a pitch and with some tight boundaries, it was a target that was in reach. Buoyed by a fine start, Ireland ploughed on and were 273 for two at one stage, allowing for a slip where they lost four wickets before sealing a four-wicket victory with 25 balls to spare.