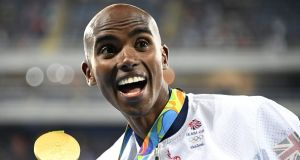 Mo Farah is facing fresh questions over his relationship with banned coach Alberto Salazar after it emerged that he repeatedly denied to US anti-doping investigators that he was given injections of a controversial supplement – only to change his account.

However the programme claims that when Farah was drug tested six days after the injections, on April 17th 2014, he did not record L-carnitine on his doping control form as he was required to do. A year later when he was questioned by Usada officials in London for nearly five hours he also initially denied receiving the supplement.

While L-carnitine is a naturally occurring amino acid there are strict rules governing its use under World Anti-Doping Agency rules – with infusions or injections only permitted provided the volume is below 50ml every six hours. Salazar was found guilty of two violations of these in respect of other people when he received a four-year ban in October.

In 2017 a parliamentary select committee heard that Farah had been given in total 13.5ml of L-carnitine – well under the permitted dose – but that Chakraverty had been heavily criticised in his appraisal for not having recorded it in any official records.

According to transcripts obtained by the BBC, during his interview with Usada investigators, Farah was asked: “If someone said that you were taking L-carnitine injections, are they not telling the truth?”

Farah replied: “Definitely not telling the truth, 100 per cent. I’ve never taken L-carnitine injections at all.”

He was then asked: “Are you sure that Alberto Salazar hasn’t recommended that you take L-carnitine injections?”

He was asked again: “You’re absolutely sure that you didn’t have a doctor put a butterfly needle – into your arm – and inject L-carnitine a few days before the London marathon?”

Farah replied: “No. No chance.”

According to Panorama, minutes after leaving that interview, Farah then met Fudge, who had been interviewed by Usada the day before, and then returned to the interview room as the investigators were packing up and gave a different account.

The transcript shows Farah telling Usada: “So I just wanted to come clear, sorry guys, and I did take it at the time and I thought I didn’t.”

The Usada investigator then says: “a few days before the race … with … Alberto present and your doctor and Barry Fudge and you’re telling us all about that now but you didn’t remember any of that when I … kept asking you about this?”

Farah responds: “It all comes back for me, but at the time I didn’t remember.”

When questioned about the incident earlier this month by the Times, Farah said he had initially forgotten about the injections and the name of the supplement when asked about them by Usada – only to be reminded by Fudge.

“I finished the interview and then realised ‘shit’, I just remember having that injection,” Farah explained. “What was the name of it? L-carnitine. And I was like ‘shit’.

Farah also expressed his frustration that the procedure was not properly recorded by Chakraverty. “I wish at this point I’d never taken it because it never did anything for me. I ran shit that day.”

While Farah declined to be interviewed by Panorama, a statement from his lawyers underlined he had done nothing wrong.

“Mr Farah understood the question one way and as soon as he left the room he asked Mr Fudge and immediately returned … to clarify and it is plain the investigators were comfortable with this explanation,” the letter read.

“It is not against [WADA RULES]rules to take [L-CARNITINE]as a supplement within the right quantities. He is a human being and not a robot. That is relevant … if in fact something was missed from the form. Interviews are not memory tests.”

On Saturday Farah also told the Times that he had been wrong to claim at the 2016 Olympics that he didn’t know the controversial coach Jama Aden, who is under investigation by the Spanish police.

“When I got asked and I said in that press conference [IN RIO]and said ‘yeah, I know him but I don’t know him’, that’s not the reality,” he told the newspaper.

Meanwhile Panorama has also obtained emails that show discussion among top UK Athletics officials which reveal they initially expressed concern about whether the injection was safe and within the “spirit of the sport”.

On April 6th 2014 Fudge wrote: “Whilst this process is completely within the Wada code there is a philosophical argument about whether this is within the ‘spirit of the sport’”.

He added: “Although Alberto and Mo have expectations about doing this, we are not at a point where we … can’t pull out.”

The former UKA performance director, Neil Black, also admitted to “a degree of discomfort,” adding: “should we really be trialling this process so close to the London Marathon? That’s before we even think about the spirit of sport.”

Dr Chakraverty also seemed concerned about possible “side-effects”, also writing: “I understand [SALAZAR]is keen but … we should be asking him to follow this advice.”

In a statement to Panorama, Dr Chakraverty said: “I have not contravened any rules, and have always acted in the best interests of those I treat. The evidence I provided to [MPS]was an honest account – including an acknowledgement that my usual standard of record keeping slipped due to heavy work commitments and travel. The GMC reviewed this and concluded that the case required no further action.”

UKA, meanwhile, said: “A small number of British athletes have used L-carnitine and, to our knowledge, all doses and methods of administration have been fully in accordance with Wada protocol. The dosage provided to Mo Farah was well within the 50ml limit permitted.

“Full and honest accounts of the process were given in all forums. Any suggestion to the contrary is misleading.”

Black, who left UKA last year, told the Guardian he had “nothing to say at this point” while Fudge also declined to comment.

Salazar, who is appealing his four-year ban for doping offences, said in a statement: “No Oregon Project athlete used a medication against the spirit of the sport. Any medication taken was done so on the advice and under the supervision of registered medical professionals.”

Mo Farah and the Salazar Scandal will be broadcast on Panorama on February 24th at 8.30pm, BBC One and iPlayer.