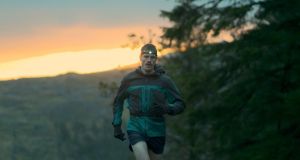 “There were times when I drove around the [river] Lee and thought about whether I would drive in or not.”

Conor O’Keeffe wrestled with an inclination to take his life on a couple of occasions long enough to subdue the impulse and instead focus on a way to numb the self-loathing. For most of his twenties alcohol helped to dilute the urge but that hollow feeling, the critical introspection always returned; he couldn’t outrun his thoughts.

Achievements that others might luxuriate in, climbing Kilimanjaro as a 17-year-old, winning a gold medal in Taekwondo in the European Championships or fighting for an Irish title in Muay Thai boxing, he found joyless. His depression adjudicated that life was deeply unfulfilling. “Meaningless and worthless” are his words.

The maniacal zeal with which he pursued his fighting goals would disappear abruptly once he had consummated a challenge. Nothing was ever good enough, a perspective that tortured him remorselessly.

Until now. Last summer the 27-year-old ultramarathon runner from Glanmire, Cork, became the youngest ever winner of an Enduroman 200-mile Ultra Run in England, the first person in three years to finish in under the 60-hour time limit (59 hours 45 minutes) and only the second ever to achieve that feat. Running has set him free, physically and mentally.

Next Friday and Saturday (May 8th and 9th) will be spent running round his patio potentially for 24 hours or more, a 20-metre loop, to raise funds for Pieta House. It’s worth rewinding to understand O’Keeffe’s current motivation.

By his own admission he was an “awkward, overweight kid” until a growth spurt in his mid-teens redefined his body shape. He did Taekwondo from the age of five to 12 but stopped going, weight and mood swings a barrier. “I didn’t pick it up again until I was about 16, when I had lost the weight.

“I won a gold medal at the European Championships in 2008 but I wanted something more, something that would test me, now that I had got this new body and fitness.” An opportunity arose in the summer of fifth year at school, when he climbed Kilimanjaro as part of a charity expedition to raise funds.

About 300 metres from the top, suffering from severe altitude sickness, he was on his knees when he had a nose-to-nose exchange with a guide, Graham, a former Royal Marine commando. “He said to me, ‘you need to put one foot in front of the other or your climb is done, I’ll take you off the mountain.’

“Even at that stage I was stubborn, so I got to the top. It was amazing. [But] returning home from Kilimanjaro was the first time I felt depressed.”

O’Keeffe went to CBC Cork at his behest because he thought he’d excel at rugby but didn’t live up to his expectation. His time in school was beset to disciplinary issues, racking up double figures in terms of suspensions. Two were for fighting, the rest down to his antics in class, underpinned by a dislike for authority.

It also brought him into conflict with his father Greg – now his best friend – an Army man. Frustrated with a poor grasp of his emotions he lashed out. “I liked being the clown too. I wanted the attention, whether it was good or bad.

“Dad was an authority figure in his job so playing by the rules was important. My mother, Michelle, was the one that would fight my case; me being in trouble would split them down the middle, which made me feel bad.

“I always had a chip on my shoulder with authority figures, like teachers telling me what to do and was aggressive towards them.” It took a long time for O’Keeffe to realise that his father was trying to steer him away from trouble. “It was my behaviour, my actions that he didn’t like.”

After a brief flirtation with boxing at the Sunnyside club, he joined the Siam Warriors, a Muay Thai boxing club. By the time he was 22, he’d earned an Irish title fight before a 2,000-capacity crowd in his native Cork.

In the last minute of the final round, he walked into a left hook and was unconscious before he hit the canvas. When he came to, and while being stitched in the dressingroom, he asked the doctor whether everyone was enjoying themselves; he thought he was at his 21st birthday.

His brother, Sean, took him home that night – he eventually had a scan five days later because of persistent headaches from which the diagnosis was severe concussion – and he fell into his mother’s arms, wailing.

Losing the Irish title fight was followed within weeks by the break-up of a five-year relationship with a girlfriend. He pushed to one side the Spartan dedication of his training regime and replaced it with hedonism; he tried to turn the weekends into a seven-night party.

A substantial tax rebate saw him head for Canada. “I drank myself silly, smoked a lot of weed because it was legal over there. I didn’t really smoke before.” O’Keeffe decided to reignite the Thai boxing flames and head for Thailand, seeking refuge in the discipline of sport.

En route he stopped off briefly in Cork to check-in with his parents and while there discovered he had a benign cyst on his brain. He’d been sent for a scan prior to going to Canada but his doctor had been unable to contact him. A second scan supported the diagnosis and he was warned not to resume boxing.

He ignored the advice, railing against someone else telling him what to do, and won his first fight in Thailand. When an opponent, 6tf 6in, and 15kg heavier, looked like a “no-show” for his second contest, he felt “relief”; anathema to a fighter. His opponent turned up. In the second round, O’Keeffe shipped a knee to the stomach and while down on all fours, waited to be counted out.

By his own admission he became an aggressive drunk keen to play the tough guy. One night he ended up in the Mercy Hospital, his nose splattered by a punch. He was working and drinking, trying to subdue the feeling that his life was a meaningless mess. He ran the Cork City Marathon (three hours, 38 minutes), a New Year resolution in 2018 on a cocktail of drink and modest training.

The euphoria was gone within 24 hours. He woke up the next day with a hangover. O’Keeffe became obsessed with the endurance feats of an ex-US Navy Seal, David Goggins and along with a buddy, Mark O’Mahony, decided to do the Connemara 100 mile endurance race. They had seven weeks to prepare.

“We had absolutely no business being there. It was the best set of lessons that I have learned, although I didn’t tap into it at the time. I got to mile 55, the second checkpoint. I was broken in ways that I had never been before. I was a former Thai boxer, had gone through incredibly tough training, been in fights when you’re getting cut up in a ring but I had never felt pain, never felt misery like this in my life.”

His knee was destroyed, his ankles clicking with every step but he walked for almost 14 hours through the night and into the next day, to reach the finish line. “I didn’t think about the next mile or the next checkpoint, I focused on putting one foot in front of the other, a step closer to the finish line. It gave a structure to the chaos.”

He drank more heavily from August to December than at any stage previously. His resolution in the new year (2019) was a familiar one to get his life back in order. “I knew that somewhere inside me there was a guy who could do great things, but I had never allowed him to stay around for very long.”

Three days later, a chance meeting with O’Mahony saw him commit to doing the 200-mile in England. He’d four months to prepare, training his mind as much as his body, using the lessons from Connemara as a mental route map to succeed; 182 laps of the 1.1 mile circuit.

For the first time he woke up the following day happy and content. He then came up with the idea of Project 32: 32 marathon-length runs, in 32 days in 32 counties.

It was due to start on April 1st until coronavirus intervened. Instead, he has done challenges set by those who have sponsored him over 32 days. To cap it off, for every €1,000 raised he’ll run for an hour around his patio. The tally, earlier this week, stood at €23,000, so as things stand he’ll run for 23 hours, his only rule that he can’t take a break in the house. He’ll eat on the run.

O’Keeffe, the ultramarathon runner, pursues sober living taking “full accountability” for his actions. “I show myself compassion. If you are living a life you don’t want to then it is pointless adding another person to the list of people who are berating you for your choices; and that person is you. It keeps me in a happy and balanced state of mind.”