Spread of coronavirus could affect Tokyo Olympics selection and preparation 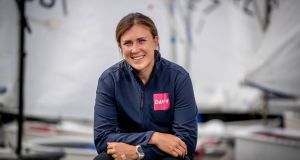 Amid concerns that the coronavirus will continue to spread, Irish Sailing’s performance squad has cancelled its planned training base in the northern Italian city of Genoa and switched to Mallorca in the Balearic Islands.

Genoa is currently scheduled to host the World Cup of Sailing event for Olympic classes in mid-April.

The regatta is also the final European qualification opportunity for the men’s single-handed and skiff events ahead of Tokyo 2020.

Ireland has so far qualified in the women’s single-handed event and the first of three selection trial events is currently under way at the Laser Radial World Championships in Melbourne.

The second trials event will be the Princess Sofia Regatta in Mallorca at the end of March and the squad’s switch to this venue marks an intensification of preparations.

While there are no indications the Genoa event will be cancelled, the real possibility that this could occur raises questions how the remaining European places for Tokyo will be decided.

Furthermore, the Asian Olympic qualifier has already been switched to Genoa due to Covid-19 concerns.

World Sailing has said the situation is under constant review.

As far as the trials for the sole place in the Tokyo single-handed women’s event go, Rio 2016 silver medallist Annalise Murphy is back in form despite some hiccups in her scorecard for the event.

Lying eighth overall going into the final day of fleet racing, a podium result is still theoretically possible for her depending on Friday’s racing. Howth’s Aoife Hopkins, the other Irish Gold fleet sailor, was in 45th place overall.

Nenagh’s Aisling Keller and Howth’s Even McMahon are both contesting the Silver fleet.

Meanwhile, this weekend’s annual conference of the Irish Cruiser Racing Association (ICRA) is likely to feature a lively debate when the thorny issues of self-policing and rules compliance are tackled.

“It’s about fairness; we’re all out there to have fun but ultimately we’re self-regulating,” ICRA commodore Richard Colwell told The Irish Times. “In 98 per cent of cases, I don’t think it’s cheating, more like pushing the limits.

“There has to be a balance between fairness and encouraging participation. But if people have a genuine grievance they should take action.”

Another issue has been resolved after intensive behind-the-scenes talks led to “compromise all round”.

The annual ICRA nationals had been slated to sail during Volvo Cork Week which this year marks the tricentenary of the Royal Cork YC, the world’s oldest yacht club.

Subsequently, the Royal Ocean Racing Club awarded the prestigious IRC European Championships to the RCYC, also to be sailed within Cork Week.

The compromise agreed means that the European and Irish championships will be sailed concurrently and crews may opt to sail in either or both with a pause on the Wednesday for an offshore race or informal inshore race depending on which event boats opt for.

Full details will be announced at the ICRA conference that will be hosted by the Royal Irish YC, Dún Laoghaire, from 11am to 4pm on Saturday.

Upwards of 100 participants have registered to date for the conference that features Met Éireann’s Evelyn Cusack as the keynote speaker along with presentations on under-25 campaigning, season preview and updates from sailmakers.

A minute’s silence will also be observed to mark the passing last week of Roy Dickson, the prominent Howth sailor who was a successful cruiser racer and Fireball dinghy champion.

1 Darragh Ó Sé: Cork and Donegal went out with the wrong attitude
2 Simon Easterby admits Ireland may need to take new line on maul
3 No further players to be called up to Ireland squad to face Georgia
4 The Offload: Ireland are stuck in no man’s land
5 Ed Byrne, Johnny Sexton and Rob Henshaw to miss clash with Georgia
Real news has value SUBSCRIBE