Irish female rowers miss out on direct qualification at U23 Championships

Crew and their male counterparts have chance to qualify on Thursday 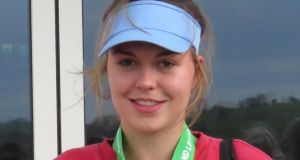 Eimear Lambe, who stroked the Ireland women’s four at the World Under-23 Championships. Photograph: Liam Gorman

Ireland’s women’s four showed good pace but just missed out on direct qualification for the A Final at the World Rowing Under-23 Championships in Florida.

The United States took the one direct qualification place in the high-quality heat. They used the good conditions well, holding off a challenge by Britain and fast-finishing Ireland to win.

The Ireland crew of Claire Feerick, Emily Hegarty, Tara Hanlon and Eimear Lambe must come through a repechage on Thursday to qualify for the A Final. Their heat was much faster than the second heat, and they produced the fastest quarter of all 11 competing boats (one minutes 35.48 seconds in their final 500 metres) so they have a well-grounded chance of progressing.

The Ireland men’s coxed four took fourth in their heat and their chances of staying in contention for a medal shot also rely on a good placing in their repechage, also on Thursday.

The class has eight entries, so the winners of each of two heats went directly to the final.

In the Irish heat, Australia, Germany and Ireland were covered by just .55 of a second after 500m. But from there it was all Australia. They took over and won. Britain and Germany both closed near the finish, with Ireland not far behind.

The lightweight women’s double of Aoife Casey and Cliodhna Nolan and the men’s lightweight quadruple enter the action on Thursday in heats.