Mageean will have Sonia O’Sullivan’s 1,000m record in her sights in Monaco 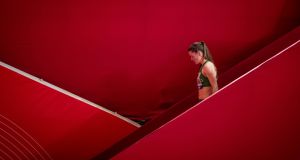 World record attempts, 13 reigning World champions, a sold-out stadium and live on the BBC: it appears as if nothing has changed as Diamond League athletics finally restarts in Monaco on Friday evening.

Only not quite - as the Stade Louis II, the track recently resurfaced, has a much reduced capacity of 5,000 spectators, seated in every other row, to allow for social distancing, and some of those world record attempts have already been compromised over enduring concerns around Covid-19.

The meeting will be live on the BBC - though on the iPlayer, red button and website only - and the call room will now be set up on the infield, but after a delay of over three months due to the global pandemic the athletes at least are unquestionably excited about the first Diamond League meeting of the year.

Among them is Ciara Mageean, who has got a starting position in the women’s 1,000 metres - one of the 14 all-stacked events in the reduced 90-minute programme, as agreed by the Diamond League organisers at the end of the end of last year.

Though not a championship distance, the 1,000m does count for record purposes, and the current Irish record of 2:34.66 set by Sonia O’Sullivan at Villeneuve-d’Ascq back in 1993 will certainly be on Mageean’s watch and radar after her record-breaking run over 800m in Bern last month, her first race back since the lockdown back in March.

Mageean has a 1,000m best of 2:38.89, which will mean an improvement of over four seconds, and the field assembled in Monaco look well capable of it, reigning World 800m champion Halimah Nakaayi from Uganda, Olympic champion Faith Kipyegon from Kenya, and Britain’s European 1,500m champion Laura Muir, who has run 2:33.92, among the world-class field.

Given Mageean’s 800m record came during a spell of altitude training at St Moritz, described in her own words as a “rust-buster”, and without the sort of quality pacing on offer in Monaco, a record attempt is certainly on the cards, the Down athlete also the holder of the Irish indoor mile and 1500m records, setting both marks last year.

Among the world record attempts set up in Monaco was the 3,000 metres steeplechase, before Kenya’s Conseslus Kipruto, the Olympic and World champion, tested positive for Covid-19, before departing from Kenya, and thus withdrew.

Among the other World champions competing will be Donavan Brazier, the 800m gold medallist from the US, Kenya’s world gold medallist in the 1,500m, Timothy Cheruiyot, who is taking on Jakob Ingebrigtsen from Norway, and Uganda’s 10,000m World champion Joshua Cheptegei, who is set to make a world record attempt over 5,000m.?

While all re-scheduled Diamond League meetings can also be seen on the YouTube channel (including in Ireland), the BBC deal will see them stream live coverage of five of the six Diamond League meetings this season, starting with Monaco and followed by Stockholm next week, then Lausanne, Rome and Doha. The Brussels meeting on September 4th will not be streamed live as it clashes with the British Championships, scheduled for the same weekend.