Casey and Nolan make A final at World U23 Championships 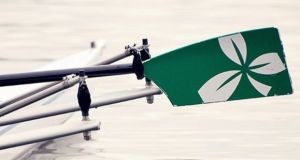 Ireland qualified a third boat for the A Finals at the World Under-23 Championships in Florida on Friday.

The lightweight double of Aoife Casey and Cliodhna Nolan joined the women’s four and the lightweight men’s quadruple with a fine win in a tight repechage.

Britain’s crew – including former Ireland junior international Fiona Chestnutt – were the early pace setters in a contest where only the top two made the A Final.

Casey and Nolan moved into the lead after halfway. They came under constant attack from the Netherlands and Britain but held their heads and won the battle. Britain lost out to the Netherlands in the shoot-out for the crucial second spot.

The Ireland lightweight quadruple is set to compete in their A Final at 5pm Irish time on Saturday. The women’s four A Final is on Sunday (3.35) and Casey and Nolan contend for a medal at 4.05.