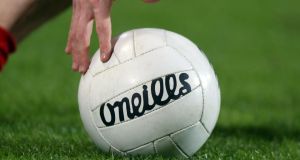 The Kingdom scored a massive 8-25 to 1-10 win against the Banner County to set up a showdown with provincial and All-Ireland champions Cork in Castletownroche.

Kerry have already beaten the Leesiders in this year’s Munster championship but to capture the silverware on offer, they must win again, and this time on Cork soil.

After six minutes of Saturday’s tie, Kerry and Clare were level at 1-1 apiece as Laura Rogers and Niamh O’Dea exchanged early goals. But quickfire goals from Rogers and Margaret Fitzgerald put Kerry firmly in the driving seat and they led by 3-2 to 1-2 after 10 minutes, and by 5-11 to 1-3 at half-time.

Clare were no match for a rampant Kerry as an administrative mix-up saw a number of their players book holidays. And John Burke’s charges were outclassed by a ruthless Kerry, who inflicted a massive 36-point defeat on the visitors.

Next weekend sees all four provincial finals down for decision.

In Ulster, Monaghan will meet Tyrone next Sunday at Celtic Park, with Mayo and Galway battling it out in the Connacht decider at Tuam Stadium. On Saturday, Cork and Kerry collide in another Munster final and in Leinster, Meath will face Dublin at Dr Cullen Park in Carlow.