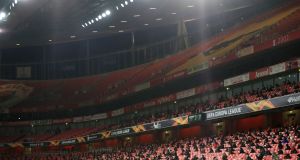 “Every corner-back is an island now,” - is what Jackie Tyrrell has written in his column this morning, with the nine-time All-Ireland winner looking at the evolution of his former position, in the wake of Kilkenny’s defeat to Waterford last weekend. “I retired from the game in 2016, a mere four years ago. But what was demanded of me back then and what’s demanded of a corner-backs right now are miles apart. Four years is a long time in the hurling world and the game is evolving at a breakneck speed.” But he believes it won’t be long before a new style of hurling which is being implemented by All-Ireland finalists Limerick will be nullified by other intercounty sides. He writes: “Natural evolution has always been part of the sport. Cork with their running game in the early noughties. Kilkenny with their deep-lying robust half-forward line to combat it. Tipperary with their emphasis on creating space in their forward division. Clare with a deep-lying sweeper. And now Limerick with this model. Every one of these set-ups have been hugely effective. The flipside is that they never last for long.”

Andy Farrell has named his Ireland side for Saturday’s Autumn Nations Cup clash against Scotland (kick-off 2.15pm), with Johnny Sexton returning to the fold after a two game absence. Sexton was last seen limping off in the early stages of a 32-9 win over Wales, and has since played the role of waterboy during a defeat to England and an unsatisfactory win over Georgia. Robbie Henshaw also returns to the starting line-up, along with midfield partner Bundee Aki. And as a difficult year draws to a close, Farrell has insisted Ireland are heading in the right direction under his stewardship. “You guys judge the performance at the weekend and you won’t necessarily see the steps we’re taking on a daily basis behind the scenes. We feel we’re working towards improving all aspects of our game.”

7 The most Irish thing ever? Ballyhaunis Three identified in quick time

8 Five habits learned during the pandemic that we should keep

9 Netflix has spent millions on its films, so why are they so mediocre?

10 This warm, spicy stew can be rustled up in 15 minutes

13 Is paying someone to clean your house the last word in middle-class privilege?

14 How did Ireland jump from low Covid base to world’s highest infection rate?

16 Nuns who ran the Bessborough home in Cork sold part of site for €6.85m

19 Michael Harding: The woman at the checkout said my mask made me look constipated

20 The only four skincare products you need

24 Mary’s story: Roscommon woman believed a lifetime of exile was as it should be

25 Una Mullally: Will Lockdown 3.0 bring about a political awakening?

26 We’ve had decades of poverty, stifled dreams and lives unlived. But look on the bright side

31 You could fill a book with doubleplusungood uses of ‘Orwellian’

36 Almost 6,400 healthcare staff are off work due to Covid-19 as hospitals face virus peak

37 Anfield stalemate shows dire need to get the freshness back

40 David McWilliams: What a Doc Martens boot can teach us about the wealth gap