Joanne O’Riordan: Time for women’s golf to step out of the shade 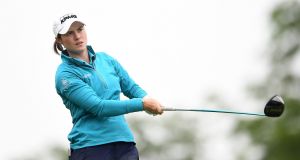 Mike Whan is ten years into his job as commissioner of the LPGA but wants everyone to know that he is most certainly not done.

And why would he be done? With the rise of women in sport and everyone trying to hop on the female version of their sport, Whan has every reason to be optimistic.

Admittedly, my expertise on the LPGA and women’s golf, in general, is slack. I know the Irish players, will occasionally switch on when they are playing and have a vague interest. I have now become so fine-tuned to the mickey mouse end-of-year tournaments that the appetite for an actual proper golf tournament was whetted.

The Victoria Open took place over the weekend, and as Leona Maguire was racking up a good scorecard, I found myself tuning in more and more. When the Women’s Victoria Open returned to Australian Ladies Professional Golf in 2012 after a two-decade absence, it gave competitive golf the kick it needed to bring it into the 21st century while also showcasing what the future of golf could look like.

Staged as a concurrent event with the Men’s Victoria Open, the ISPS Handa Vic Open opened the door for innovative formats.

Eventually, the rest of the world watched what Golf Australia was doing. The tournament became co-sanctioned by the ALPG and the Ladies European Tour in 2017 and 2019 the LPGA joined the party. This week at 13th Beach Golf Links in Barwon Heads, the tournament is a stop for the LPGA, LET, ALPG, ISPS Handa PGA Tour of Australasia and men’s European Tour. Essentially, many of the top golfers all in one place.

As the Irish challenge t continued to materialise, so did my interest. As my interest grew, so did my inquisitiveness about the players on show. And then it dawned on me. After neglecting LPGA, LET and women’s golf in general, I was now the fool who wasn’t into golf, which was my humble brag to anyone who would even half listen to me.

Yes, Bryson DeChambeau and Brooks Koepka’s feud is excellent, I love the odd drama Dustin Johnson brings to Major tournaments, and yes, I don’t mind reading about how Phil Michelson tones his thighs and calves. As I tell everyone, golf can be tedious and unspectacular; it’s the juice and drama I love.

But, PGA, the European Tour and any male golfer, well, actually any aspiring amateur golfer can learn more from women’s golfers rather than the men.

Firstly, the rhythm of women golfers is a million times easier to emulate. Yes, we all want to drop bombs like Phil. But, how many of us have the bizarrely toned upper body physique of the popular ‘Lefty’.

While Phil prefers to drop bombs, the striking thing about women’s golf is that they hit the fairways better and more accurately. In fact, women hit the fairways on average 80 per cent of the time.

Secondly, the reliance women golfers have on their putters and wedges for scoring would make any professional teacher happy and benefit every amateur player in the world.

Yes, men have the upper body power, but the way women smartly navigate and weave their way through a golf course is more relatable. Sometimes there is absolutely no need for a spectacular wedge shot onto the greens, keep it simple and low. The game is played smarter and more tactically and golf nerds, like myself, definitely get more pleasure and insight.

Finally, the most encouraging part of women’s golf is accessibility. Obviously, the crowd sizes aren’t as big, but that means it’s a lot easier to follow a golfer around the 18 holes and more importantly, gain more insight into the technical and swing styles. We’ve all seen pictures of the giant crowds that follow Tiger Woods, but really what can we see and what can aspiring golfers learn?

From a purely biased media perspective, the accessibility helps us, as fans and journalists, gain more insight into players. Golfers are renowned for not being the most excitable, but generally, the vibes among female players are better, the stories are better, and the interactions are better.

So, Mike Whan says there is more to do, and he is correct about that. While there have been dalliances between the PGA, LPGA, LET, European Tour and other golfing partners in creating a new golf product, 2020 could be a good year. While the PGA is well known for moving at a glacial pace, more united events involving men and women is definitely the way to go.

Golf needs an injection of life if it is not to dwindle by the wayside, and while men’s golf scrambles around looking for solutions, maybe it needs to look under its nose and co-ordinate a new, equal package for all.