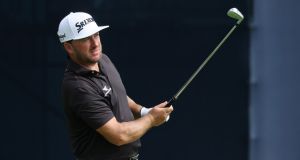 Graeme McDowell hopes to give his game an “injection of confidence” after a harrowing US Open as he returns to the scene of past glory this week.

The Northern Irishman, winner of the US Open in 2010, endured a torrid time at Winged Foot last week, missing the cut on 16 over par after rounds of 76 and 80.

The 41-year-old will look to put that behind him at the more sedate Corales Puntacana Resort and Club Championship in the Dominican Republic, an event he won last year and has opted to compete in rather than return home for this week’s Irish Open.

McDowell said at a press conference: “I think it is important for me to come back down here this year and defend — great memories, and my game needs that little injection of confidence anyway.

“Birdies were a little tougher to come by at Winged Foot.”

McDowell’s victory last year was his first on the PGA Tour since 2015 and gave his career a shot in the arm.

“I think it was a very important victory for me in 2019,” he said. “I was playing on invites, I had a tough category in the PGA Tour, every opportunity was really important to me.

“I got off to a slow start but got the job done in the end. It’s good to be here this week.”