Golf Ireland is born as GUI and ILGU join forces

New governing body will go ‘live’ from the beginning of 2021 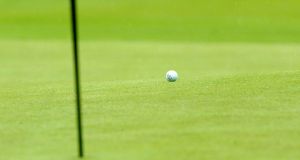 Out with the old, in with the new! Delegates to special general meetings on Saturday voted with a degree of unanimity to signal historic change, with the Golfing Union of Ireland (GUI) – the oldest national governing body in world golf – and the Irish Ladies Golf Union (ILGU) set to be replaced by a new body, known as Golf Ireland.

The ILGU meeting at the Red Cow Moran Hotel in Dublin voted unanimously for the change, while the GUI meeting at the Knightsbrook Hotel in Trim, Co Meath, voted by 94 per cent in favour of the proposal.

A transition period – during which the GUI and the ILGU will continue to operate – will take place, with the transfer of functions and staff to Golf Ireland so that the new organisation will “go live” on January 1st, 2021. Both bodies commenced the process in 2015, with the formation of the new organisation seen as heralding in a new era for the sport in Ireland.

In a joint statement, Clodagh Hopkins, the chairwoman of the board of the ILGU, and Iognáid Ó Muircheartaigh, the chairman of the board of the GUI, said: “Bringing two strong organisations, the ILGU and GUI together to create a stronger, more influential organisation, Golf Ireland, will not only enhance golf in Ireland but will enhance Irish golf worldwide. The result today indicates that members of both Unions are in support of creating a new organisation which will be built around promoting core principles of equality, diversity, inclusion and excellence.

“The result today is a validation of the work put in by everyone involved. The input which has been received from our member clubs, our staff and volunteers, and everyone else who has in some way contributed to the final proposal should be recognised. The result of their efforts will be a new dynamic organisation, charged with the promotion of the game of golf, with a commitment to excellence and inclusivity.”