Sluggish Cork wake up just in time to catch Waterford 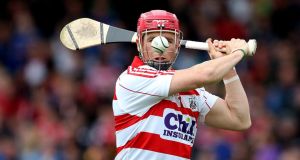 Year after year we expect Waterford to subside into a private space to repair their fortunes and rebuild after an epic period in their history.

This year Derek McGrath’s team have been relegated, and going into yesterday’s opening championship encounter in Thurles they were wracked by injury and the suspension of Shane O’Sullivan.

Cork, eternal aristocrats of Munster hurling, were on their way to make amends for last year’s All-Ireland defeat.

A struggling spring had nonetheless ended in promotion back to Division One A, passing Waterford en route. Preparations were going well and this was to be a formality.

Instead Cork experienced every favourite’s nightmare. Sluggish and clumsy, they could only watch as a young and buzzed-up Waterford ran rings around them.

The anticipation of a shock gave way, however, to the thrill of the chase, as Cork eventually woke up and at their lowest ebb, 1-17 to 0-11 behind, took off in hot pursuit.

By way of inadequate précis, they caught Waterford, stalled, fell behind and caught them again in the last minute when Patrick Horgan pointed a free for his 12th point of the afternoon.

Manager Jimmy Barry-Murphy was a relieved man. “I thought we were poor in the first half in particular, even though there was a strong breeze. We didn’t get to grips with the game. I thought Waterford took the game to us, and when we went nine points down it certainly didn’t look good at all.

“It was very dubious whether we’d be able to come back from that. The one positive to come from the game was our great character in the team. It was a big lead but in fairness to our lads, they pegged it back.

“That was the one big positive out of it.”

Sluggish
Did he feel that for all the bookies’ odds, the league campaign in a lower division had impacted on their readiness for championship? “It’s a relevant question. I just feel it’s hard to know. We’ve had a good break since we played Tipperary in the league [quarter-final] here and that day we were the same, very sluggish, but we got going near the end. We just seemed not to get to the pitch of the game as we’d like.”

Barry-Murphy’s Waterford counterpart Derek McGrath was caught between disappointment at not seeing through the job they looked like completing for most of the match – Cork didn’t lead once over the 70 minutes – and pride at how the younger players forced into action had risen to the challenge.

“We had the advantage of being under the radar in terms out of outside perception. There is depth, they’re young, they just need time to develop, and I know I’m contradicted there by the quality of Austin’s [Gleeson] goal. I can see a flashback of it there in my mind now; he took the bull by the horns and just enjoyed the whole occasion.

“We’re happy with the young lads – you’re looking at two different generations, the De La Salle lads that I was involved with myself [and] then the Waterford Colleges generation of Tadhg Burke, Colin Dunford – Austin was inside in De La Salle for that. I’m fusing those two generations with Michael Walsh, Jamie Nagle, Séamie Prendergast and those. That’s where it’s at, combining those three different groups.”

Spectacular
Nineteen-year old Gleeson scored a spectacular goal in the second and his manager said a late injury hadn’t been serious although not all of the players had been that fortunate.

“It’s just cramp, hopefully he’ll be okay. Eddie Barrett, our midfielder, has a dislocated knee, so that’s a substantial injury to add to the list.”

Cork All-Star goalkeeper Anthony Nash didn’t get a chance to demonstrate his controversial penalty taking technique although there was a possible opportunity at the end of the first half but Patrick Horgan took it instead, opting for a simple point.

Nash dismissed talk of Waterford’s difficulties, saying he had expected nothing less than a big challenge.

“There was talk about injuries this time but every team that Waterford put out, doesn’t matter what 15 against Cork, it just seems to be a cracking game one way or the other. I know it ended up in a draw but it’s always a cracking game, win or lose. I presume in two weeks it’ll be no different.”

The replay takes place on Sunday week, back in Thurles.