Jury still out deliberating on future of underage football 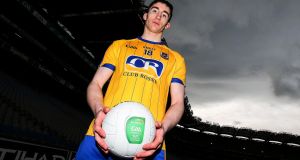 It wouldn’t be a proper Congress debate without some argument, and so it’s proving on the motions to re-grade the minor and under-21 championships. One player with a hand in the current under-21 football championship actually sees both sides of it.

Cathal Compton is joint captain of the Roscommon under-21 team currently preparing for their Connacht championship opener against Galway on March 9th, he’s also one of five Roscommon under-21s on the county senior football panel, dividing much of his time and training between the two.

If motion five is passed at Congress in Carlow on Saturday week then that under-21 grade would become under-20 (in football only), and Compton wouldn’t be entitled to that extra year of eligibility like he is now: under a further provisions of motion five, none of the under-20 players involved will be allowed combine that with playing senior intercounty.

“Under-20 might ease that a little. Last year I was playing Sigerson and under-21 as well and it was fairly hectic for a month or so, all go. But then it was enjoyable too. Every player around this age just wants to play football.”

Motion four will also look to re-grade the minor championship from under-18 to under-17. Compton is more certain about the need for some grade of football between minor and senior, whether that be under-20 or not: “Well minor to senior is certainly too big a step, and under-21 fills that gap perfectly at the moment, and it is every important, competing at that level, with players of similar ability.”

Part of the problem with the under-21 football championship is that is runs in the immediate aftermath of the higher-education competitions and parallel with the Allianz League: Tyrone under-21 football captain Frank Burns is not currently on the county senior panel but he is still serving two masters as he’s part of the University of Jordanstown team contesting (and hosting) this weekend’s Sigerson Cup.

“Our aim at the start was to reach the weekend and we have done that and it’s nice to get there. But it’d be just as nice to go on and win it in Jordanstown. DCU are tough opponents who put us out in the first round last year so we won’t look past them.

“It has been hard to get everyone together on the one night. Between, Ryan Cup, a few injuries, counties looking for their men. And it was the same in the McKenna Cup with fellas playing for their counties as opposed to university. But this year we have pulled together well and there’s a good bond there between the lads.”

Tipperary under-21 footballer Jimmy Feehan has also spoken about the benefits of the under-21 championship: they open their campaign against Kerry, also on March 9th, but Feehan reckons they have little to fear given Tipp teams have regularly beaten Kerry in other underage competitions.

“We’ve Kerry in the first round, below in Tralee, so that’ll obviously be a very tough challenge, with Kerry after winning the last two minor All-Irelands. But we also feel we’ve always competed with them now since I started out playing at underage, under-14, under-15. We’ve always competed and won Munster championships. So we feel that we’re level par with them.”

Kerry, meanwhile, have become one of the first counties to announce their intention to vote against the motions to re-grade the minor and under-21 championship. At a county board meeting earlier this week, county secretary Peter Twiss spoke about some of the benefits of adjusting the age grades although club delegates were not for turning.

Kerry coaching officer and minor selector Eamon Whelan expressed the view that of last year’s All-Ireland minor winning squad of 30, “we had 12 doing exams and that would be about the norm over the past number of years”.

Whelan also explained: “There is also the possibility that if the under-17 competition is introduced, that you will find under-16’s will be caught up in the Junior Cert, so it will make no difference with regard to running a competition that would be almost exam free. The other aspect that needs consideration if the age is dropped to under-17, then an 18-year-old will not be eligible to play any county football, as the new under-20 competition is for those under-20 but over 18.”

When chairman Patrick O’Sullivan called for a show of hands, 17 voted for the new proposal, but over 40 voted to keep the ages at under-18 and under-21.