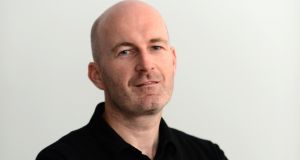 The GAA have announced the recipients of the 2019 MacNamee Awards, presented annually in recognition of outstanding contributions made by the individuals and Association units in the area of media and communications.

The 2019 National Media award went to Keith Duggan, chief sports writer with The Irish Times, for his feature article “Summer of 69: When the city boys from Belfast brought All-Ireland glory to Antrim”

Telling the story of the Antrim team that won the 1969 All-Ireland under-21 football championship, it brings their unexpected triumph back to shimmering life, “as Duggan unspools the narrative deftly as Andy McCallin, Michael Colbert, Liam Boyle, Gerry McCann, and Seamus Killough reminisce colourfully on a time, and Belfast, long gone.”

In announcing the award, the GAA added: “Summer of 69 has a great emotional range. There are moments that make you chuckle and others that hurt the heart, most especially the tragic fate of the late Din Joe McGrogan. By the end you’re left with a real sense of a particular time and place, and also of the passing of time itself.”

The Awards are named after the late Pádraig MacNamee, former president of the GAA, chairman of the GAA Commission (1969-1971) and member of the RTÉ authority.

The Hall of Fame award went to Martin Breheny, who worked with the former Irish Press newspaper group and later became GAA correspondent with the Irish Independent.