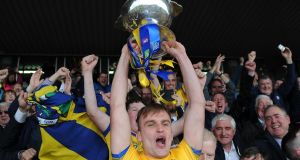 The GAA has announced that a second championship match has been cancelled this summer. Connacht champions Roscommon had been due in London on May 2nd for the this year’s opening fixture but - as expected after the calling-off of Galway’s match in New York in the same championship - the match will now not take place.

It is also hoped that it would be possible to play All-Ireland qualifiers as well as purely knockout provincial championships, which means that as expected all round-robin formats will not go ahead this year.

This was confirmed on RTE Radio 1’s Morning Ireland by GAA Head of Games Administration, Feargal McGill, who was speaking to Des Cahill.

“The London and Roscommon game was scheduled for (the weekend of) May 3rd. We have taken the decision now to cancel that game. That has to do with the number of Roscommon people who had planned to travel to the game and who had flight and accommodation arrangements made.”

McGill also said that the association hoped to be in a position to play the championships within the current allocated window, provided a resumption of activities got the go-ahead by mid-June.

“I would imagine that as long as we get back on the playing field or we can start our inter-county championships before the middle of June then we should be able to retain those dates.

“We’d probably have to look at straight knock-out provincial championships in both football and hurling, but, potentially with a back-door as well.”

He was at pains to emphasise that in the current situation of uncertainty, it just isn’t possible to make even contingency plans and in those circumstances, the current overall calendar stands even though he acknowledged the unlikelihood of it going ahead.

“The same as any sporting organisation, the key to drawing up a fixtures schedule is knowing exactly how much time we have to play with and at the moment, unfortunately we just don’t know what time is there.

“Until we know that, we can’t really make any decisions on tweaking competition structures but the current situation is that there are no changes to any of our championship structures to date. They’re due to start on May 10th, which is well outside the April 19th flag that the Government have planted, if you like.

“So that’s still a possibility as a start date. While that’s a possibility we can’t really look at changing championship structures. But I do have to concede that it seems unlikely we’ll be back playing by then.”