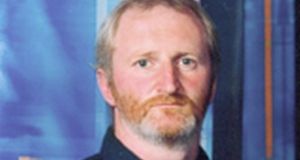 The way he describes his home, Mac Dara Mac Donncha makes it sound like a UN outpost. “Down the middle. I’ve a Galway flag and a Waterford flag – both exactly the same size and exactly the same distance off the ground. I’ve Galway bunting on one side of the house and blue bunting on the other side.”

Thirty years ago on Friday he moved from Galway to Waterford. From Ahascragh, he is a cousin of the late former GAA president Joe McDonagh, and best known to the public as a broadcaster and match commentator with TG4.

The fates clearly decided at the outset of this year that they would complicate his 2017. He’s already had to negotiate an All-Ireland intermediate semi-final between his home club Ahascragh-Fohenagh and Waterford champions Lismore – “the savage loves his native shore”, he told the Examiner back in February.

Now, Sunday’s All-Ireland final presents a knottier dilemma. He has spent more of his life in Waterford than in Galway, and just as Eamonn Cregan had to take Offaly into an All-Ireland final against his own county Limerick, Mac Donncha grapples with the sheer caprice of this final.

“Through schools coaching and the coaching committee I would have got to know a lot of the players. As a selector at under 14, 16, minor and 21, I would have had direct involvement with 10 of the Waterford players at various times going back to Kevin Moran. I’d know more of the Waterford lads than the Galway lads at this stage.”

He says that he played more football than hurling growing up – 2004 All-Ireland champions Caltra are Ahascragh’s corresponding half-parish – but his cousin Joe played on the Galway team that reached the 1975 hurling final and moving to Waterford a decade later would sharpen that focus.

His migration east came at a significant time for Galway hurling as the team of the 1980s were on the cusp of making history as the first from the county to win back-to-back All-Irelands.

“Look, I was there in 1985 and 1986 ready for the homecoming,” he says about the final defeats of the mid-80s. “A year later I come down here and they win two in a row and haven’t won one since.

“My wife Muireann is from here. I was working in Ballinasloe for a couple of years, and then moved down to Dungarvan and taught in Scoil Gharbháin. Ten years later I decided to take a break from teaching.”

His career change took him to Nemeton, an Irish language production company behind TG4’s acclaimed coverage of Gaelic games. Presumably the broadcaster’s studied disinterest has been good training for having to steer a middle between the counties in his life?

“I’ve been reminded sometimes that that [bias] slips but I do my best. I would say that I always appreciate skill no matter who it’s from. I hope that I would always acknowledge that whoever does it or whoever it’s done against.

“Everyone listening to a commentary is also biased, so complaints tend to be bias accusing bias of bias!

“I don’t think it’s possible to be neutral watching games. I think you will edge towards one team or the other. I remember in 1996 when Limerick were playing Wexford, I was watching with a gang of neutrals. There were people from four or five counties around me. If you remember, Limerick broke away from the parade and to a man we decided to back Wexford. Simple thing.”

Mac Donncha’s involvement with hurling in Waterford has been a long-standing commitment, and he is the county board’s coaching officer.

“The school had been five years on the go when I arrived, and I introduced Gaelic games. Waterford was one of the first counties to have a GDA [games development administrator] as they’re known now, Peter Power, who went on to coach the team that won the All-Ireland under-21 in 1992.

“I got to know Peter very well, and through that I got involved in the coaching committee, working out his programme – coaching committees were very much in their infancy – and doing a lot of different things. Without boasting I think we were a little bit ahead of our time.

“We used to have these intensive coaching camps on a monthly basis, followed by a gala day – kind of a forerunner of development squads. We would have well-known players coming down. I remember Rod Guiney (Wexford) arriving with the Leinster cup in early 1997, and Pádraig Kelly (Galway) coming with the league trophy in 1996. We had Joe Deane (Cork) and a lot of Waterford players. “There was a lot of work done here over a long period.”

Understandably he maintains a strict neutrality on Sunday’s outcome.

“I’ll put it to you this way. I spoke to Paul Moran, who’s Kevin’s father and who’s from Tuam, and the last words were: regardless of who wins on Sunday the two of us would say, ‘you couldn’t lose to a nicer bunch of lads’.”

Odion Ighalo’s loan stay at Manchester United drawing to a close 14:43
Borussia Dortmund bidding to halt Bayern behemoth behind closed doors 14:23
Coronavirus: Leinster cancel sale of season tickets for 2020-21 14:25
Tiger shines and Brady bites back as charity match proves an enjoyable release 13:03
Could Disney World be the NBA’s knight in shining armour? 12:42
Crossword Get access to over 6,000 interactive crosswords