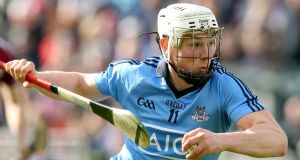 Waterford were having a superb year, arriving into a Munster final on a high, until all of a sudden they were beaten twice in three days.

They were looking almost like Clare in 2013 but the under-21 defeat to Clare brought all that momentum to a halt.

The contrast to Dublin is stark. The mood of Ger Cunningham’s team going to Thurles to face Limerick seemed completely wrong.

Michael Carton, one of their longest servants, had just quit the panel, and they had no form to speak of as their season looked to be petering out again.

It wasn’t so much that they pulled a big performance out of the hat either but they won.

So Waterford’s confidence has waned while Dublin have a half-glass-full perspective of being one win off an All-Ireland semi-final.

This game can ruin all Waterford’s progress after capturing a league title, then beating Cork and even showing well for patches against Tipperary. Their wide count ultimately hurt them in the provincial final.

Whereas Dublin can dismiss that Galway hiding in an instant here.

For Waterford to make a real statement of intent they must get into Croke Park and test themselves against Kilkenny.

But this is such a dangerous challenge because Dublin will target Waterford in the physical stakes. Liam Rushe, Chris Crummy, Conal Keaney, Danny Sutcliffe and Mark Schutte are all big, powerful men who I expect to make their presence felt.

I was picked up wrong after the Munster final. I don’t think Waterford need to change their system of play, I think it works well for them.

It’s a bit more exaggerated than other teams but not all that different fundamentally. They pack the middle third of the field in order to create space in the full forward line. Everyone does that.

There were several examples but Jamie Barron went on a meandering run in the second half, travelling everywhere bar up into the old stand, but ultimately the ball went wide. That’s energy sapping.

Dublin, who have more strong men than Tipperary, will gobble them up.

I feel Waterford’s style of play, not their system, needs modification to see them through. All that means is using the ball quicker. If they carry at the same rate they can be beaten.

But I still rate Waterford very highly; they are a fantastic hurling team with a clever coach in Derek McGrath. They are better than Dublin; they have better players.

It’s about how they react to recent stumbles. Coping with adversity is the test of any team. A win over Dublin would clear all the mental debris. I just feel it will be hard earned.

Dublin have the experience of previous campaigns, and Paul Ryan is back on song. Rushe at centre back has become as important to Dublin as any player is to their county hurlers.

Sutcliffe and Schutte must rediscover the scoring returns that made Dublin such a serious proposition. We saw it in the league but hardly since. Granted, Schutte was excellent in the first half against Laois when he bagged 2-1.

They looked beaten from the throw-in at this stage last season against Tipperary in Thurles. It’s a different scenario now.

This is the draw they wanted. They have no fear of Waterford.

There is still enough positivity in Waterford’s year, certainly up to half-time in the Munster final, to get them past Dublin.

And they are better equipped to take on Kilkenny.

But everything we presume to know can be altered in Thurles tomorrow. For instance, I had no qualms about dismissing Cork after Waterford beat them in the Munster semi-final. Many felt Jimmy Barry was too traditional and wouldn’t change Cork’s man-on-man approach. But he did.

Brian Lawton comes in around the middle of the field and drops back, with Mark Ellis becoming a sweeper in front of his fullback line. That completely transformed their season with victory over Wexford then Clare.

Séamus Harnedy’s return from injury cannot be overstated. He wins so much ball that leads to scores for himself, Conor Lehane and Patrick Horgan.

Bill Cooper’s influence grows with every game, and Aidan Walsh has regained his hurling touch.

The defence hasn’t conceded a single goal since Waterford put three past them. This has a lot to do with Ellis.

A huge factor in this game is how much Cork love going to Thurles.

Galway are almost the opposite. There has not been a great performance from them in Semple in a long time.

But their major problem is an old one. Against Kilkenny, when it really mattered, they seemed to be overly-dependent on Joe Canning again.

David Burke, Jason Flynn and Cathal Mannion must shoulder the scoring load if they are to get past Cork.

If the ever-reliable Cyril Donnellan is leading the second half scoring again, then Galway are going out.

Still, I expect a really tight game. Galway’s defence has been a revelation, particularly John Hanbury and Padraig Mannion.

We know all about Johnny Coen, so it could come down to long-range scoring.

When Galway got into a shoot out with Kilkenny they leaned too heavily on Joe Canning. That’s why I see a Cork versus Tipperary All-Ireland semi-final.

The new Cork system suits them. They have the greater scoring threat. The Thurles setting will tilt it in their favour.