Gaelic games previews: Limerick and Waterford meet in top of the table clash 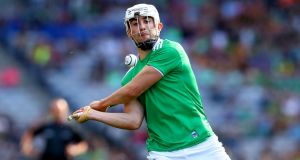 Aaron Gillane is back in the Limerick side for Saturday night’s game against Waterford. Photograph: James Crombie/Inpho

ALLIANZ HURLING LEAGUE
DIVISION 1A
Limerick v Waterford, LIT Gaelic Grounds, 7.0 – Live on Eir Sport
Referee: Paud O’Dwyer (Carlow)
Limerick appear to be strengthening and deepening as they go. John Kiely has made another six changes here, bringing back the likes of Cian Lynch, Aaron Gillane and Diarmaid Byrnes but also throwing in new faces in Darren O’Connell and Brian Ryan. They face a Waterford team that couldn’t really have started Liam Cahill’s reign in better fettle, sitting joint-top the nascent league table, for whatever that’s worth.

This is a step up from what they’ve faced so far, clearly, so it will be interesting to see what Cahill imagines is the shape of his best foot forward. The various imponderables of personnel and position – whether or where to play the likes of Austin Gleeson, Kevin Moran, Patrick Curran and so on – will need to be stress-tested eventually. No stressier or testier place to start than here. Verdict: Limerick.

DIVISION 1B
Carlow v Dublin, Netwatch Cullen Park, 5.0 – Live on Eir Sport
Referee: Thomas Walsh (Waterford)
The fixture list wasn’t kind to Carlow. First up, a Clare team looking to impress a new manager. Second up, a Kilkenny side looking to impress an old one. The league doesn’t matter except in certain circumstances and they get those circumstances right between the eyes. They’d have fancied this fixture first up but the good looks to have gone out of the league for them now so Dublin should put them away without too much fuss. Verdict: Dublin.

ALLIANZ HURLING LEAGUE
DIVISION 1A
Galway v Tipperary, Pearse Stadium, 2.0 – Live on TG4
Referee: Johnny Murphy (Limerick)
An encounter that encapsulates the 2020 league in that nobody can say with any certainty what’s at stake. By the usual measures, both sides have had a rocky start – Tipp are pointless after two games, Galway only have a win over Westmeath to point to. And yet, none of it really amounts to a hill of beans. Whoever loses here will shrug and move on. Whoever wins, likewise.

Joe Canning is apparently back in harness a fair bit ahead of time but the worrying thing for Shane O’Neill is that they probably need him. The way they shrivelled when he went off against Limerick was very Old Galway. Tipp have tended to beat them in the league and Liam Sheedy’s side need to do so again here if they want to stay in with a chance of finally winning the spring competition. That’s an extremely unknowable ‘if’, right there. Verdict: Galway.

Westmeath v Cork, Cusack Park, 2.0
Referee: Liam Gordon (Galway)
Slow and all as winter hurling goes, it’s all been happening a bit too quick for Westmeath at this level. They were seven down inside 17 minutes the first week against Galway and eight down at the same stage next time out against Waterford. They’ve been outclassed with the wind and have looked demoralised against it.

Given Cork’s diabolical league record, this is a game Westmeath could reasonably have circled in the calendar as one to throw the kitchen sink at. But Kieran Kingston’s side look to be visiting with their tails up, buoyed by coming out on the right side of a barnburner against Tipp and flush with the good vibes of UCC’s Fitzgibbon win. They can get by here without the likes of Mark Coleman, Robert Downey and Darragh Fitzgibbon. Verdict: Cork.

DIVISION 1B
Clare v Laois, Cusack Park, 2.0 – Deferred coverage TG4, 5.15
Referee: John Keenan (Wicklow)
The form side of the league under Brian Lohan, Clare have the look of a side who have decided they want to use the league like in the old days (y’know, circa 2018). Winning in Wexford last time out required a more intense display than has been the norm around the league this year and if it’s replicated here, Laois will struggle to keep pace. Verdict: Clare.

Wexford v Kilkenny, Wexford Park, 2.0 – Deferred coverage TG4, 3.45
Referee: Fergal Horgan (Tipperary)
No sign yet of the Ballyhale or Tullaroan players for Kilkenny – that’s according to Joey Holden during the week anyway – but Brian Cody’s side have shown no particular need of them so far. This fixture tends to ramp things up naturally so Davy Fitz is likely to make a start on getting Lee Chin, Matthew O’Hanlon and Diarmuid O’Keeffe back in the mix. Wexford have come to love this fixture under Davy. No reason for that to change. Verdict: Wexford.

ALLIANZ FOOTBALL LEAGUE
DIVISION TWO
Laois v Cavan, O’Moore Park, 2.0
Referee: Niall Cullen (Fermanagh)
As if things weren’t bad enough for Cavan with all the winter departures, losing Niall Murray for the year is a cruel blow. They’ll do well to grab anything here, against a Laois side that looks to be coming together under Micheál Quirke. If the formline from their six-point win over Armagh holds true, Laois should have a bit to spare here. Verdict: Laois.

DIVISION THREE
Louth v Offaly, Drogheda, 2.0
Referee: Paul Faloon (Down)
A relegation four-pointer, if ever there was one. Offaly have shown well against Cork and Longford and can pick up their first win here against a Louth side with a chronic home record. Verdict: Offaly.

DIVISION FOUR
Wicklow v Sligo, Aughrim, 1.0
Referee: Kevin Faloon (Armagh)
Sligo are a team transformed by the drop down, beating probably the best team in the division in Antrim last day out. They can keep it up on their travels. Verdict: Sligo.