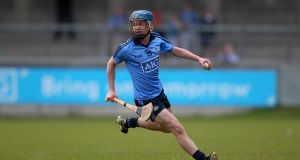 Dublin surprised home team Tipperary on Saturday evening to make it to a NHL division one semi-final against All-Ireland champions Limerick and it’s an outcome that can only improve his players, winning manager Mattie Kenny said later.

“Another challenging game against a team like Limerick will bring this bunch on again and the more high-quality games we get, the better.

It was a hard-working performance which saw them outfight, outrun and outscore Tipp before a relatively small crowd of 3,503 at a cold Semple Stadium.

Tipperary looked somewhat lethargic early and shot a number of poor wides, spread across several of the forwards, and at the other end conceded an opportunist goal to Fergal Whitely in the fifth minute.

Excellent points from within their own half by Chris Crummey and Seán Moran kept the scores on the boil for Dublin, who were more economical with their possession and also their shooting during the first half.

Tipp did improve a bit in the second quarter but their general inaccuracy kept proving costly and they ended up with 18 wides across the game, compared to six by Dublin.

At half-time Dublin were in front by 1-10 to 0-9 but four points in as many minutes upon the restart had Tipp level for the first time since proceedings began.

One of the biggest cheers of the day came in the 46th minute when Brendan Maher was introduced for his first appearance for the county since last year’s championship and a cruciate injury.

Although Tipp drew level a few times in that second half, Dublin kept pulling ahead again with scores by Eamon Dillon, Seán Moran and Paul Ryan proving crucial late on.

“Look, we had chances and we didn’t convert them but that’s something we can work on,” Tipperary manager Liam Sheedy said afterwards. “It’s head down. We were unfortunate in this league, we lost three times by the narrowest of margins and we have shown patches of our play throughout the league that shows the capabilities of this team, but over the next few weeks we have to find our consistency or we will find ourselves in the position we were in last year.”

1 Seán O’Brien: Anger over my parents’ break-up never left me
2 Madness or defiance? The GAA is taking a huge gamble in staging Championships
3 Plenty of positives for Farrell as Ireland hit the ground running
4 Sportsman to statesman, Marcus Rashford is a ray of light in the darkness
5 Will Connors chops his way to the front of Ireland’s openside queue
Real news has value SUBSCRIBE