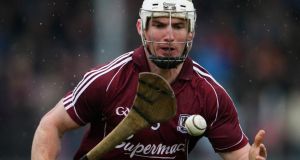 Galway hurling manager Anthony Cunningham has paid tribute to county hurler Niall Donohue, whose death at the age of 22 has shocked the county and the GAA world at large.

Cunningham, who managed the player for two years at under-21 as well as the past two years at senior level, said that he had only been speaking to the player the night before he was found dead at his home in Kilbeacanty. Niall Donohue would have been 23 today.

“I was talking to him on Tuesday night, less than 24 hours before he died. We chatted about next year’s league matches and were looking forward to going back training in early November. He was in tremendous form, getting ready for the pre-season.

“It’s a tragic, awful loss for the club and a rural community that is really tight-knit and supportive of each other.

“Kilbeacanty is an intermediate club with not many making the county team over the years. Niall was their pride and joy but he never looked for congratulation. He was always a jolly guy, who loved life and hurling was number one in his life. He had a great capacity to train and do work on his own but he also had great hurling ability as well as physical power and a passion for the game.”

County minor
Niall Donohue had come to prominence as a county minor and was wing back on the team unlucky to lose to a late Kilkenny goal in the 2008 All-Ireland final. Under Cunningham’s management he played in two under-21 All-Ireland finals, losing in 2010 to Tipperary and comfortably defeating Dublin a year later when Donohue gave a fine display at full back.

Although his early senior career was at right wing back where he was nominated for a 2012 All Star, it was felt that in the long term he would be a strong candidate for the number three jersey.

“That was one of the things we talked about,” according to Cunningham, “giving him plenty of experience at full back in the new year. He had all of the credentials and was definitely being targeted for that role.

“He was a unique character. Niall didn’t have a lot to say but he was very witty and got on well with everyone on the team. He just loved to play. In his hurling he was a free spirit and loved the challenge, the battle. He had tremendous pace and in the agility tests he was far ahead of the panel and when we measured strength, it was the same.

Short life
“Niall’s short life I hope will inspire us in 2014 and beyond. His unique character will continue to be a presence in our dressing-room.”

Speaking on behalf of the GAA, association president Liam O Neill said: “It was with great regret that we learnt of the sad passing of Niall on Wednesday night. He carried himself with distinction on the field of play and was highly regarded as a promising hurler with a bright future.

“Our thoughts and prayers and those of the wider GAA membership are with his family and wide circle of friends at this most testing time.”

Speaking at Croke Park yesterday, Ireland’s International Rules goalkeeper, Meath’s Paddy O’Rourke, wearing a wristband promoting the “Please Talk” initiative set up to address the issue of suicide amongst students, said: “I’m a welfare officer in DKIT down in Dundalk and I suppose one life lost is too many. The message that everyone has to get out there and especially the GAA community, is to look after each other. If it just means sitting down having a cup of tea with someone or talking to someone that you don’t usually talk to. It could make a big difference. You mightn’t think it yourself.

“It’s an awful sad case and it’s going to hit the hurling team in Galway, his neighbours, his friends, his family. It’s awful tragic news . . .

“The one message that everyone should be trying to get across to everyone – not just within the GAA but family members and friends – is to look after one another and keep an eye out. Keep talking.

“The main message behind “Please Talk” is talking is a sign of strength, so we want to try and get that out there as much as possible.”

Players’ body
GPA chief executive Dessie Farrell spoke for the players’ body: “Like the entire GAA community, the Gaelic Players Association is in total shock following the tragic news of Niall Donoghue’s untimely death. On behalf of our members, I would like to offer the Donoghue family, extended family, relatives, the Galway hurling panel, Galway GAA and members from the Kilbeacanty club our sincerest and heartfelt condolences.

“Niall’s passing is deeply distressing for everyone associated with him and we would urge anyone suffering distress to ensure that they seek help.”