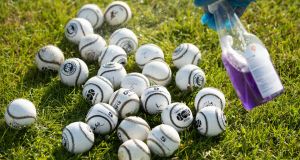 Creating yet further friction between club and county teams, the Gaelic Players’ Association (GPA) have claimed there is a “sustained negative discourse surrounding inter-county players”, and presented an apparently conflicting message to Croke Park on the issue of club players returning to intercounty training ahead of the agreed date of September 14th.

While acknowledging the GAA roadmap “clearly highlights that there should be no collective intercounty training prior to September 14th”, the GPA then claim “it would be highly negligent of us, and utterly wrong, as the body charged with looking after inter-county player welfare, not to seek to have any such training covered by the GAA Injury Benefit Scheme, should these sessions be sanctioned by their respective counties”.

The matter of actually abiding by this agreed date, the GPA suggests, is “the role of each county board”, who must ensure that these training sessions are not sanctioned prior to this agreed date.

With GAA pitches reopened since last week, full club fixtures will be allowed from Friday, July 17th, two weeks earlier than initially planned, giving county boards two weeks longer to complete their championships. This club window is now set to last 13 weeks, ending on October 11th. Intercounty training can only resume on September 14th, before the season starts on October 17th/18th, with the penultimate round of the Allianz Football League.

An earlier return by some players might be perceived to give an advantage over teams who remain without club players up until Croke Park’s already agreed date of September 14th.

This also adds to the conflict shaping up between the two player organisations. The GPA were already looking for their members’ insurance to be reinstated to cover the weeks before the permitted return to collective training in September (so far refused by the GAA), with the Club Players’ Association (CPA) calling for drastic penalties to be imposed on any county doing so, a proposal which so far appears to be of limited appeal to Croke Park.

At last Friday’s media conference in Croke Park to launch further championship details, GAA officials were asked about whether counties in breach of the directive would face penalties.

“It is not for today,” said director general Tom Ryan. “What we are doing today is trying to set out a little bit of a picture for people of what the next three, four months can look like if we do our business correctly.

“If we need to put in measures, safeguards, protocols in around what is doing our business correctly, we will look at that and we will consider it then.”

Head of games administration Feargal McGill also emphatically ruled out bringing forward the starting date for county training and rejected calls by the GPA to extend insurance to players outside of the approved window.

“For the very simple reason that we remain a volunteer association. If you have a game at 8 o’clock on a Friday, you are talking about teams getting together at one o’clock in the day. That’s a half-day off work for those that have to work.”