Veterans back doping suspension but urge support for player 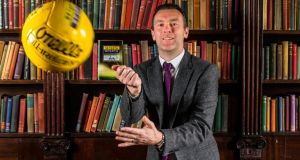 Oisín McConville: “I had a fair idea that he [Thomas Connolly, who got a two-year suspension for doping] was going to be made an example of and that’s a pity.” Photograph: Cathal Noonan/Inpho

Following Thomas Connolly’s two-year suspension for ingesting anabolic steroids, the opinions of former Armagh footballer Oisín McConville and Kilkenny hurler JJ Delaney were sought, more than anything else, to gauge perception after the first major doping case in GAA history.

It was the association that acted as prosecution against the Monaghan footballer before judgment was handed down by a three man anti-doping hearings committee (Adrian Colton QC, former GAA president Nickey Brennan and Dr Pat O’Neill) last Tuesday.

“I’m just so disappointed for the lad to be honest,” said McConville. “I’d seriously wonder about his state of mind and if he’s getting any help as a result of it. I had a fair idea that he was going to be made an example of and that’s a pity.

Connolly admitted to unknowingly taking stanozolol – the same steroid Ben Johnson took before running 100 metres in 9.79 seconds at the 1988 Olympic Games in Seoul – in tablet form, given to him by a work colleague (whose name he gave to the committee but was not called as a witness in Connolly’s defence) to combat the “pain and stiffness” experienced after being called up to train with the Monaghan senior panel from last November until this March. He tested positive in February.

McConville was tested once in a 14-year inter-county career, while Delaney played 14 seasons for Kilkenny without ever being asked for a urine sample.

“Inter-county players, fair enough, you have access to a doctor 24/7, there is no issue with that,” said Delaney. “It’s come into our sport because it is in other sports, but we have to be very careful how we treat our players.

Club players are not dope- tested in Gaelic games. Connolly was a member of the Monaghan panel. He featured in three McKenna Cup matches this season.

Although the hearing found he did not intentionally take steroids, the 23-year-old falls into the category of many dopers in sport: a player just short of the required talent or size to compete on the elite tier of his chosen sport who seeks an edge.

Part of his defence was, as a trial player, he was outside the Irish Sports Council’s jurisdiction to test. This argument was rejected.

“There is a real hunger for young lads to get into county squads and a lot of young lads are willing to do anything to get in there and do that,” McConville continued.

“Maybe this lad just thought, ‘how can I get an edge?’ I don’t think that was the case, I think it was a genuine mistake but I’m sure there’s been young lads out there who are tempted because it is so important for them to get into county squads and there are so many rewards for being in a county squad regardless of whether it’s amateur or not.”

“You would like to think it’s not something that’s prevalent within the game,” McConville added, “but if it is creeping in this is a pretty big deterrent . . . It certainly sends out a pretty big message straight away for anybody in any doubt what the consequences are or anybody who thinks they might not be tested.”

The anti-doping hearings committee, while commending the work of the GAA in education on the perils of doping at central level did state there was a worrying “lack of understanding and application of the anti-doping rules and processes at county level in this case”.

It urged the GAA to “intensify its work” to ensure all players, coaches and “allied sports science personnel” are “fully cognisant of their obligations under the association’s anti-doping rules.”