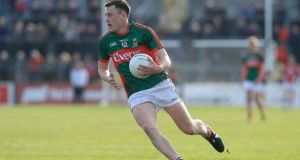 An interesting consensus has built up around this game, one that appears to have its origins in, let’s face it, quite a freak occurrence. Tyrone go in as universally accepted favourites despite the fact that they only won the Ulster final because they kicked three points from the ends of the earth in injury-time at the end of the game. They come in here so well-fancied you would think they carried Ulster with a couple of goals to spare instead of coming through after trailing in the 72nd minute.

Perhaps Tyrone are the better side here. They certainly look to have genuine potential – not just for this year but for a few to come. The six years that passed between the last Ulster title of their great team and the first of this one were heavy going but Tyrone kept doing their business the right way.

That they are second favourites for the All-Ireland in 2016 though feels a bit previous. Obviously it has a bit to do with the side of the draw they’re on and the fact that Tipperary await the winners here. But it’s hard to shake the feeling that it also has a little to do with the fact that Mickey Harte is bringing a team to Croke Park. And that people are attaching more credit to what he did with a truly great team the guts of a decade ago than they are to what Mayo’s very good team has done over the past five seasons.

It hardly needs saying that Mayo have done little to make the earth move this summer. They were abysmal against Galway and, for the most part, have been grimly competent since. Only for short spells against Fermanagh, Kildare and Westmeath have they hit the sort of gear they’re capable of. Otherwise, it has looked like hard work at times for Stephen Rochford’s side.

But have they really been so terrible in the qualifiers? Have they been any less convincing than, say, Kerry in 2009 or Tyrone themselves in 2008? The phenomenon of the back-door All-Ireland has fizzled out somewhat in recent times but the teams who’ve done it weren’t all-singing and all-dancing the whole way. They used them as a means to an end – get to Croke Park and find a performance.

In that time, Tyrone have beaten Monaghan twice, who they always beat. Otherwise, their only wins in Croke Park since 2010 have been against Roscommon, Sligo and Meath. Because Mayo have no All-Ireland to point to, they don’t get the benefit of the doubt. But apart from the Cavanagh and McMahon brothers, none of the Tyrone team has one either. If we’re comparing bodies of work, there should be no contest.

Obviously, it is a leap of faith to suggest Mayo will find a way. Equally obviously, they’ll have to make certain adjustments to do so. Diarmuid O’Connor’s availability feels crucial – his instinct for running at Tyrone’s massed defence and draw frees might be as viable a route to goal as any across the first 50 minutes or so.

Tyrone are a coming side, anyone can see it. But it is at least as big a leap of faith to make them favourites against a team that has consistently been in the top two or three in the land for such a sustained period. In 12 months, this could be a no-brainer in favour of Harte’s side. Today, Mayo get the nod.

Injuries: Diarmuid O’Connor should return for Mayo; Nothing new for Tyrone.