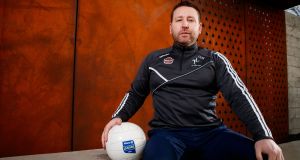 Dublin v Kildare, Croke Park, 7.0 [Live, eir Sports] – Dublin have adopted the same late-returning process as last year and it will be interesting to see if they have the same manic survival instincts that kept them afloat in last year’s early fixtures. Without the terrible start, Kildare’s Leinster final in July would have been even more competitive so they have every incentive here and more advanced preparation. Still, though. Verdict: Dublin

Clare v Cavan, Cusack Park, 2.0 – Clare have resumed their feisty form of last year and only larceny prevented a McGrath Cup win against Cork. Their attack was impressive and although Cavan played at the top las year, Mattie McGleenan is sending a very callow team into this – 10 debutants! Verdict: Clare

Cork v Tipperary, Páirc Uí Chaoimh, 5.0 [Live, eir Sports] – New manager Ronan McCarthy will be expected to restore order in Cork but this is a tough start in the new stadium against a Tipp side that so nearly beat them in the championship for a second year. Steven O’Brien’s return strengthens them but Cork desperately need this. Verdict: Cork

London v Carlow, Ruislip, 1.0 – Carlow actually lost this and at home last year but have kicked on since. Verdict: Carlow

Laois v Limerick, 7.0 – In the throes of rebuilding Limerick don’t look likely to complicate Laois’s first step towards a quick exit from the basement. Verdict: Laois

SUNDAY [Matches at 2.0 unless stated]

Kerry v Donegal, Fitzgerald Stadium [Deferred, TG4] – Reconstruction in progress for both sides: Kerry needing to integrate new players and Donegal under new management and lacking Michael Murphy for a while. With a litany of absentees, Eamonn Fitzmaurice has no option but to unwrap plenty of young talent this campaign and this will be a good test against Declan Bonner’s side, who have had a good McKenna Cup. Verdict: Kerry

Monaghan v Mayo, Clones – Monaghan have been adept at staying afloat in the top flight by starting well and in the last three seasons have lost only once in the opening two rounds. Mayo are like Dublin making a slow return but Malachy O’Rourke didn’t tax established players in the McKenna Cup, either. Injuries give Stephen Rochford extensive scope for trialling and that, with home advantage, can help Monaghan. Verdict: Monaghan

Galway v Tyrone, Tuam Stadium, NB 2.30 – Galway’s first outing in the division in seven years is challenging. Mickey Harte’s team, smarting from last year and back in gear in the McKenna Cup, features 12 who played in the All-Ireland semi-final, whereas Kevin Walsh is minus the club-tied Corofin players. Galway could really do with a winning start but lack of practice at this level is a particular vulnerability here. Verdict: Tyrone

Louth v Down, Drogheda Gaelic Grounds – Peter McGrath faces his own county across the border and will feel this to be one of the more targetable fixtures in the schedule. Eamonn Burns has lost some experienced players and will need a faster start to the campaign than last year. Verdict: Down.

Roscommon v Meath, Dr Hyde Park, NB 2.30 – Two counties with momentum from good January campaigns and ambitions of promotion: Kevin McStay has welcomed back Cathal Cregg and the team looks ready. Meath will be expected to improve in Andy McEntee’s second year and he has trialled extensively but this is a tough start. Verdict: Roscommon

Offaly v Longford, Bórd na Móna O’Connor Park – Familiar foes in both league and championship, they each did well in the O’Byrne Cup, both making the semi-finals. Verdict: Offaly

Wicklow v Waterford, Joule Park Aughrim – John Evans likely to get his tenure off to a winning start against a Waterford side that struggled in the McGrath Cup. Verdict: Wicklow