Rite&Reason: Covid-19 reminds us we are all in this together as human beings 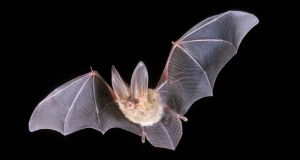 The cave erupted with more than 5,000 bats flying out of the depths into the night in search of mosquitos and other insects.

There may be some people who think that Covid-19 is an act of God. That He has sent the virus as a message to humans to give up their wanton ways. And there are others – and I am prone to this belief – who think that the virus may be part and parcel of Mother Earth’s self-regulating mechanism.

As humans cannot control themselves and, consequently, are destroying the earth, viruses have developed that weaken humans and reduce the harm that we are doing.

Whether we believe in God or Mother Earth, if we are to overcome the virus and, perhaps even save the planet, we need to think and act collectively as human beings.

We need to begin to see and understand ourselves not as members of families, not as belonging to some group or nation, but as members of the human race. We will not overcome the virus or save the planet unless we develop a collective consciousness as a species.

But the divisions in human society are enormous and deeply entrenched. The problem is that when humans began to divide into groups, clans and tribes, they saw others not just as different but as morally inferior. And with moral superiority came a belief among tribes that they deserved more wealth and resources.

Judeo-Christian thinking brought about a moral revolution. Within tribes and religious groups, people became obsessed with their own individual salvation. The focus was on the next life and whether people, as individuals, would be saved or damned.

But Covid-19 reminds us that the only real salvation is about human beings as a species. We need to stop believing in God, or at least in a god that intervenes directly in our lives and, instead, start thinking of what we can do collectively to save ourselves as human beings, to save other species and perhaps even save the planet itself.

Within tribes and religious groups, people became obsessed with their own individual salvation

Bats in a cave in Texas provide an example of how to think and act differently. Author Colum McCann recently told a great story about being in a cave above the Colorado river with a biologist friend.

The walls of the cave were lined with daddy longlegs. It was just before sunset and all was quiet. Suddenly the cave erupted with more than 5,000 bats flying out of the depths of the cave into the night in search of mosquitos and other insects.

The daddy longlegs would, of course, be ideal food for the bats, but every evening they flew past them. This was because once the bats began to stir, the daddy longlegs began to move together so that the walls of the cave began to pulsate as if they were one large organism.

Once the bats were gone, the daddy longlegs stopped pulsating. Meanwhile, outside, the mosquitos and other insects that were flying about on their own were easily picked off by the bats.

McCann refers to this phenomenon as emergence, as to how, out of necessity, species can come together for the common good.

As McCann points out, many species have developed this ability to act collectively. Bees and ants are perhaps the best examples, but we can see it in the way flocks of birds fly in unison through the sky, each changing direction far quicker and more seamlessly than the most skilled air pilots.

Flocks of birds fly in unison through the sky, each changing direction quicker and more seamlessly than skilled pilots

In some ways the present crisis has brought out the worst in us. We think of ourselves and our families. This is perhaps best evidenced in the panic buying of goods.

How then can humans act together to save each other? We need, as McCann argues, to start telling stories like the ones about the bats. These stories need to become the new parables by which we understand what it is to be human and what it is to live a good life.

We also need to develop rituals which bring us together and help create a new collective consciousness. New forms of greeting will help. It is a daily reminder to everyone that we are all in this together.

But we need other rituals. In Italian cities, people have begun to sing together from their balconies. We need constant reminders that unless we think of ourselves as a frail species, unless we start to act collectively, there is no salvation.