Concerns about health, housing and pensions all stem from economic insecurity 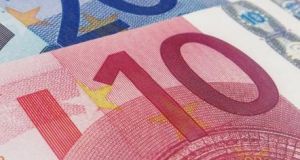 Based on OECD data, 23% of workers in Ireland are low paid, which is one of the highest rates in the EU and the OECD. Photograph: Getty Images

Over the past five years elections and referendums around the world have signalled an ever-deepening public desire for radical change. The recent Irish Times poll has shown that the same trend is happening here.

There may be conflicting visions of this change as witnessed by the outcome of the recent UK elections and the widely contrasting party manifestos. Yet the desire is the same, and it is rooted in economic insecurity: anxiety about global challenges like migration, rapid technological innovation and climate change; and distrust in the capacity and motivation of traditional politicians to understand and address the causes of this insecurity and anxiety.

More than a week into this election, and the two main political parties, as well as many of the smaller parties, have yet to unveil the comprehensive economic policies that would adequately address the multiple factors that generate this economic insecurity.

Households in work, even permanent work, are borrowing to pay utility bills, and report being unable to meet an unexpected expense

There are issues like low wages, precarious work, the high cost of living – especially in Dublin – insufficient access to life-long learning and thus to better jobs, and household debt. It is these everyday lived factors that inhibit access to healthcare and housing, and may affect capacity to engage in climate action – all areas that have figured prominently in policy manifestos so far.In fact, comprehensive economic policies have been hard to find, though this could change over the next few days.

Taking into consideration the desire for radical change, and going on the give-away approaches we have seen so far, if and when economic policies are published in full it is doubtful that they will offer a convincing way forward for enhancing individual quality of life and strengthening collective economic and social resilience in Ireland.

So, let’s look at what has been launched. Certainly, the front-running items on the political agenda so far of health and housing are essential to wellbeing. As well as providing direct material benefits, efficient access to quality public services is reassuring and enhances trust in public institutions.

However, financial insecurity is a separate issue. This insecurity is related to low pay, insufficient hours and rising costs of living.

Based on OECD data, 23 per cent of workers in Ireland are low paid, which is one of the highest rates in the EU and the OECD. Over 100,000 workers in Ireland experience deprivation, meaning they struggle for basic necessities. While deprivation is often the effect of multiple causes such as lone parenthood, disability, and insufficient hours at work, low pay has a significant impact.

Moreover, households in work, even permanent work, are borrowing to pay utility bills, and report being unable to meet an unexpected expense. The lack of access to credit amongst low-income households means that these families, already in a vulnerable position, must rely on high-interest lenders.

An economic strategy that incorporates higher wages, especially for vulnerable workers must be properly funded

Originally, Fine Gael rejected the recommendation of the Low Pay Commission to increase the minimum wage in the previous budget because of Brexit, but eventually reversed its decision.

Fianna Fáil’s position also seems to be to support the recommendations of the Low Pay Commission.

Sinn Féin called for a motion in October to implement a “living wage”, which would be significantly higher than the minimum wage.

Most of the smaller parties, such as Labour, have also made similar commitments. So if the two larger parties are serious about meeting workers’ basic needs then they need to commit to ending low pay and gradually implementing the living wage, as even the Tories in the UK have done. The labour market is not, and should not, be the sole point of contention. Simply pumping up wages risks a wage-price spiral, especially in those sectors where profit margins are low.

Nowhere is this dynamic more evident than in the care sector. Increasing wages in childcare and social care simply pushes up costs, with the risk that care becomes unaffordable. Instead the policy favoured by most parties, namely investing in public subsidies, should become a priority.

Even better than subsidies, however, would be direct public provision of care. Public provision could provide better wages and conditions, and ensure affordability. Moreover, by providing care the State would not have to regulate a myriad of market providers.

Similar cost concerns result from expanding incentives for first time-buyers over building public (not just social) housing. Fianna Fáil’s SSIA scheme and the expansion of Fine Gael’s Help-to-Buy plan are likely to fuel increases in house prices, undermining the ability of low-income families and later entrants into the market to access housing.

Ensuring collective prosperity and security costs money. For all the talk about the level of national debt, this is a much less relevant indicator than the costs of servicing that debt.

At 2.6 per cent of national income, the cost of debt service in 2018 was below what it was in 1999, when the Celtic Tiger was roaring. While we have the capacity to borrow, we do not have the capacity to live outside EU fiscal rules. Therefore any reduction in overall taxation, while electorally appealing, would be ill-advised.

With incoming reforms to international taxation likely to reduce our corporate tax intake, it is doubly unwise. An economic strategy that incorporates higher wages, especially for vulnerable workers, but which is complemented by public provision of services must be properly funded.

This strategic direction will have implications beyond wages. Lower turnover rates in SMEs due to better wages could boost their productivity, a neglected issue in most policy debates so far; added income would help households, especially low-income ones, become more financially resilient; and higher pay would enhance the quality of life for younger workers, which could contribute to reducing increasingly stark and divisive intergenerational inequalities.

Importantly, this economic direction would renew the State’s role in investing in a society rather than a narrower approach of appealing to particular groups of voters. The latter may appear less risky politically yet underestimates external and internal challenges, and may miss what the voters really want.

1 Dublin stabbing: Parking space was at centre of previous rows, gardaí told
2 'I woke up the next day in a guy’s house covered in bruises’
3 Miriam Lord: Lady Lou crowned The People’s Taoiseach at Liberty Hall
4 Soreness is good, scales are pointless: The 10 biggest myths in fitness
5 Gordon D’Arcy: Change was advisable before Twickenham; now it is inescapable
Real news has value SUBSCRIBE