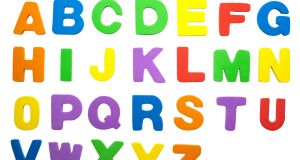 Early childhood educators are no longer willing to remain on the margins of the system or on the bottom rung of the wage ladder.

Yet again, and for all the wrong reasons, Early Childhood Education and Care (ECEC) has gained national attention. Last week, as Siptu launched its research findings on the lives of early-years professionals, people were shocked and stunned to learn that many working directly with young children throughout Ireland earn less than the living wage.

We learned that 94 per cent of those working in the field, many qualified to degree level, find it difficult to make ends meet, 84 per cent are unable to cope with unexpected expense and a staggering 52 per cent are actively looking for another job. When coupled with an annual turnover rate of 25 per cent, these findings make for grim reading, and point to a sector in crisis. In spite of the outrage generated by the Siptu findings, however, they quickly paled into insignificance as the spotlight turned to issues of affordability for parents.

Within 24 hours of the publication of the Siptu findings, a press release from the Department of Children and Youth Affairs informed us that average “childcare costs” in Ireland had increased by 4 per cent, this in spite of “record investment in early learning and care and school-age childcare”.

Katherine Zappone, the Minster for Children is concerned that “the cost to families of early learning and care and school-age childcare remains higher in Ireland than in other OECD countries with wide variation in fees across the country”. In fact, a report by the European Commission in July, advised that childcare costs in Ireland are the third most expensive in Europe. So, of course, the Minister is rightly concerned. Remarkably, since her appointment in 2016, she has succeeded in increasing investment in the sector by 117 per cent. Indeed, there is little doubt she will be remembered for her commitment to reducing the cost of childcare for parents, and she must be commended for doing so.

While impressive, the increased investment underscores a long-standing issue with funding of the sector in Ireland. Our investment is low by comparison with other European countries, standing at 0.5 per cent of gross domestic product approx. This is considerably lower than the cross country average of 0.8 per cent, and way below the UN recommended 1 per cent. While the increased investment under Zappone’s tenure is welcome and much-needed, it is primarily focused upon reducing the cost to parents who certainly deserve this support.

Nevertheless, the singular focus upon affordability does little to improve the lot of the workforce who feel undervalued, underpaid and overworked. These professionals feel like “glorified babysitters” with 90 per cent of those currently working with young children questioning their future in the early childhood education and care sector (Siptu, 2019).

Our investment is low by comparison with other European countries, standing at 0.5 per cent of gross domestic product

It is widely recognised that children’s experiences in early childhood determine their learning trajectory throughout the life span. Central to these experiences are their relationships with significant adults in their lives. We know that secure attachments help young children grow in confidence and self-esteem, support their emerging ability to self-regulate, and aid their overall emotional development. Children need consistent caring relationships with their early-childhood educators. In this context, staff retention is a significant concern and, if not addressed, it is detrimental to children’s experiences in ECEC settings.

There is much talk of addressing the recruitment and retention crisis by “transforming the workforce” which generally translates into asking these poorly paid professionals to undertake more training, engage in more professional development and embrace another quality framework. All of these factors are important but, if the fundamental issue of professional remuneration for professional work is not addressed, all the transformation in the world will be meaningless.

They are rejecting ECEC as a career choice, voting with their feet and sending a clear message: enough is enough. So as we contemplate the cost for parents, let us not lose sight of the children and their right to quality early-childhood education and care. This comes at a price. Yes, a 117 per cent increase in funding is impressive. Yet Ireland is still investing only 0.5 per cent of GDP in the sector.

Imagine what could be achieved if we reached the 0.8 per cent being invested by other European countries. The Minister’s long-held dream of transforming the most expensive sector to the best ECEC sector, might just be possible. In the meantime, how dare early childhood providers increase their fees! But in the absence of adequate State investment, how else can they pay their staff a professional wage?

Mary Moloney is a lecturer in childcare at Mary Immaculate College, University of Limerick

1 Coronavirus: Varadkar returns to practising medicine to help during crisis
2 Coronavirus: Boris Johnson in hospital for tests as symptoms persist
3 Restarting Ireland: When and how will we ‘get back to normal’?
4 Donald Trump’s clown car administration has put the fear in all of us
5 Coronavirus: Number of Irish cases nears 5,000 as 21 further deaths confirmed
Real news has value SUBSCRIBE