True Christianity means speaking out against populism and extremism 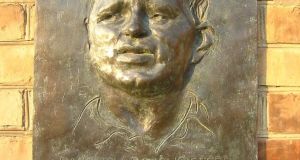 Next year, 2020, will mark the 75th anniversary of the end of the second World War. It also marks the death of Lutheran pastor and theologian Dietrich Bonhoeffer (1906-45), founding member of the anti-Nazi Confessing Church and a member of the resistance against Hitler.

Bonhoeffer was hanged in the Flossenbürg concentration camp in Bavaria, on April 9th, 1945, only a fortnight before the liberation of the camp by the American forces.

Nationally and internationally, Bonhoeffer today is revered as one of very few church leaders who would not only speak up against evil but gave his life for his vision of what it entails to call oneself a follower of Christ.

He then received a fellowship to Union Theological Seminary in New York where he also involved himself in pastoral work in Harlem, getting to know the Social Gospel movement at first hand.

This experience, as well as ecumenism, pacifism and the increasingly worrying state of Germany, began to occupy Bonhoeffer.

In 1931 he was ordained and began to teach systematic theology in Berlin. The Nazis came to power in 1933.

While many in the Protestant Church, the “German Christians”, supported the new regime, the Confessing Church, founded by Bonhoeffer and pastor Martin Niemöller, emerged in 1934, influenced by the Christocentric theology of Karl Barth, widely regarded as the most influential Protestant theologian of the 20th century.

After a stint of two years as pastor in London, Bonhoeffer returned to Germany in 1935 and became director of a seminary of the Confessing Church which was closed down in 1937 but continued secretly until 1940.

In 1937 he published Nachfolge (Discipleship). A modern classic and a summation of Bonhoeffer’s theology, it is an in-depth exploration of what discipleship means, taking its central inspiration from Jesus’s Sermon on the Mount and the gospel according to Matthew.

The church is only a church if it is there for others, Bonhoeffer wrote. To follow Christ is “costly grace” or true grace as opposed to “cheap grace” (easy piety and comfort rather than living and acting in Christ-like fashion in daily life).

True discipleship involves the willingness to take up the cross, to become “imitators of God”, to be ready “to suffer and being put to death for the sake of Christ”.

If faith is not manifested in works and action, it is meaningless. God is love, and love needs manifestation. Faith and being a visible church thus require obedience - not to any Führer, but to God in Jesus Christ.

Only 70 years after the war, we witness the resurgence of populism, xenophobia and right-wing extremism, with narcissistic politicians undermining empathy, justice, decency and accountability.

Bonhoeffer’s faith, thought, life and death were one, and an urgent reminder that authentic Christian discipleship demands we actively resist such forces.

A sculpture of Bonhoeffer, along with nine other modern martyrs, stands above the west entrance to Westminster Abbey in London, only a few yards from the a parliament exemplifying those current graceless politics.

Dr Gesa Thiessen is adjunct assistant professor at the School of Religion, Trinity College Dublin and visiting scholar at Sarum College, Salisbury. She is a non-stipendiary minister in the Lutheran Church in Ireland. The Beams Are Creaking by American playwright Douglas Anderson, a play focusing on the years of Bonhoeffer’s involvement in the resistance, will be performed in the Teachers’ Club on Parnell Square, Dublin until Saturday November 9th