The fate of southern unionists was sealed in 1917 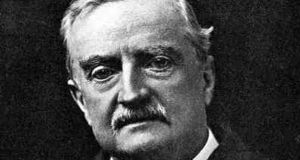 For John Redmond, the Irish Convention represented the final hope of rescuing some form of agreed Home Rule while the war continued. But he died a broken man in March 1918, a month before the convention produced its split report.

Tuesday marks the centenary of the inauguration of the Irish Convention, convened in Regent House in Trinity College Dublin to attempt to thrash out a framework for Irish self-government acceptable to all Irish parties and interests.

Sinn Féin alone declined to participate. Almost one hundred Irishmen took part, including leading MPs, most significantly John Redmond. The two Church of Ireland archbishops, one Roman Catholic archbishop and two bishops, a senior Presbyterian clergyman, sundry businessmen, a few trade unionists and representatives of local authorities attended. The peerage was handsomely represented by one duke, four earls, a marquess, a viscount and a couple of lords (although one was a former official rather than an aristocrat). There was also a scattering of knights and baronets. The provost of Trinity, JP Mahaffy, and the president of University College Cork represented the two southern Irish universities. Women were comprehensively ignored.

6 Coronavirus search: How is Covid-19 spreading in your area?

11 Kate Winslet: ‘I shouldn’t have worked with Woody. I’ll always grapple with that regret’

13 Johnny Watterson: I do not buy the apology around paedophile John McClean

14 Q&A: What are the new coronavirus variants and should we be worried?

15 Sausage and egg muffin that’s better than the takeaway? Here’s how to do it at home

16 €61m a day: the amount Irish households are saving

22 How many masks should you wear while out and about this weekend?

27 Lives Lost to Covid-19: Tommy Cawley, the bull man of Bellmullet and a winning jiver

28 Ramona and Canice Nicholas to get €400,000 in Cara pharmacies exit deal

29 US removes stumbling block to global deal on digital tax

34 Covid-19: Ireland could be ‘close to normal’ by end of year, says Dr Ronan Glynn

35 Public support for lockdown will nose dive once vulnerable vaccinated

37 ‘Ireland is a great country, but we can’t help ourselves being nasty to people sometimes’