Stephen Collins: Coalition is doomed unless it learns to fight back 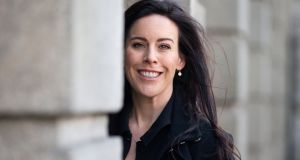 The three-party Coalition is doomed unless it learns to fight back far more robustly against the forces intent on destroying it. The manner in which it caved in on relatively minor issues like stopping the pandemic payment for foreign holiday-makers and ministerial pay does not augur well for its ability to cope with the really big political storms that inevitably lie ahead.

The Government was entirely justified in withdrawing the pandemic payment for people who flout the advice not to travel abroad unless it is essential, never mind those leaving the country for good. The vast majority of people have willingly obeyed the advice not to holiday abroad. By allowing itself to be bullied into a U-turn by hysterical objections, the Coalition let down the vast majority of people who have shown a willingness to act in the common good even if that entails a financial sacrifice.

1 Midlands lockdown: ‘Why shut down Offaly and leave Dublin open?’
2 Gardaí take to streets of Kildare, Laois and Offaly as NPHET warns lockdown could be extended
3 Meet the Bearman of Buncrana: ‘I knew about Joe Exotic for years’
4 Sand-hued cyclepaths changing the face of south Dublin coast
5 Inside the dog-trafficking trade: ‘After drugs, it’s guns, then pups’
6 Irish in Australia: ‘We are in for a few hard years’
7 Meat plant clusters may be down to softly-softly approach
8 German nudist chases wild boar that stole laptop at Berlin lake
9 Harry McGee: We are seeing the return of Straight-Talking Leo
10 All eyes on Tenet, the spy movie with everything to prove
11 Caroline O’Donoghue: ‘There is a real anger in Irish millennials’
12 Midlands lockdown: Movement restrictions in place for residents of Kildare, Laois and Offaly
13 Ross O’Carroll-Kelly: ‘We could be in DeVille’s among people who get where we’re coming from. Literally the Vico Road’
14 Frustration for Lowry and McIlroy as Li leads at US PGA
15 David McWilliams: John Hume understood the power of credit
16 Main points: What restrictions have been imposed on Kildare, Offaly and Laois?
17 How a ship abandoned by its owner brought deadly cargo to Beirut
18 Masks Q&A: Who has to wear them in shops and what happens if you don’t?
19 Escape to west Cork: Majestic views, spectacular food and a warm welcome
20 Cars to give way for Sandymount cycle path
21 British cash for Northern Ireland shows scale of Brexit disruption
22 Cliff Taylor: As we reawaken the economy, we find Sleeping Beauty has a hangover
23 Mauritius faces environmental crisis as oil spills from grounded ship
24 Pandemic problems: Experts answer your queries on sex, parenting and relationships
25 Tanya Sweeney: You get a lot of brain space back when you stop hating your body
26 Juventus to ‘evaluate everything’ after European Cup exit
27 Trump vows to suspend payroll tax as coronavirus aid talks break down
28 Michael Walker: Pressure mounts on Barcelona to stop slide
29 What’s the story with dining out under new Covid-19 regulations?
30 Catholic Church faces challenges as places of worship reopen
31 Half of people in direct provision ‘unable’ to social distance
32 Have young people stopped following Covid-19 advice on travel and parties?
33 Scarlet for ya: Paul Mescal does classic Connell in The Rolling Stones’ new video
34 New 750m cycle path costing €9 million opens along Dublin’s Royal Canal
35 ‘Draconian’: TDs from across Midlands shocked and angered over lockdown
36 Ireland's 'R number' of almost 2 a 'serious concern' as number of new cases jumps
37 ‘Saudi Arabia is where the opportunities will happen in future’
38 10 upgrades that will add value to your home and 5 that probably won’t
39 MSD buys Takeda biologics plant in Dunboyne
40 Pat Hume: The woman who never gave up
Real news has value SUBSCRIBE